An Evening with Molly Ringwald 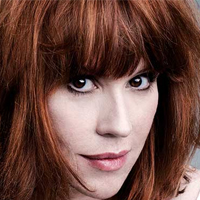 An Evening with Molly Ringwald made promises of “unforgettable jazz hits” sung with “velvet tones” and it delivered in spades.

Performed on the main stage of Dunstan Playhouse, this was Ms. Ringwald’s Australian debut as a Chanteuse of Jazz but not her first trip to Adelaide..  “I made a movie here once” she quipped to a near capacity audience of die-hard fans and cabaret enthusiasts.

This was an evening of reinvention and renaissance, it was a unique and wonderful reinterpretation of some of the songs from the American Song Book, with a few new surprise inclusions; (The Simple Minds hit...Don’t You (forget about me)) as well as, for those who only knew Molly Ringwald as an 80s screen idol, a chance to see her in a whole new capacity as singer and stage performer, and man can this cat sing a tune.

Ms. Ringwald’s voice is simultaneously strong and fragile, contains the echoes of so many great singers gone by and yet is it’s own wonderfully unique creation. There is no doubt that this lady knows her instrument and works it, with great aplomb. The level of focus and texture leaves the listener at ease from the moment she began her hour-long concert with the apt Sondheim number ‘Sooner or Later’ right through to her finale.

Yes there were mentions of the CD 'Except Sometimes' (10 mentions in total) that you could buy outside (which I did, and got signed) but these were cleverly interlaced with simple banter. Miss Ringwald knew her audience and spoke to them as friends around a dinner table; and…although I was once told one should never speak about politics or religion in mixed company; Ms Ringwald broke with tradition to tell us how much she loved our Prime Minister.. ‘Julia’ (Is this a red head thing?). She said how Ms. Gillard had impressed her with one of her Parliamentary speeches once. (Which does pose the question why Molly was watching question time). To that end she dedicated the Fields & Kern number ‘Pick Yourself Up’ to Julia. Which was met with both applause and one person remarking loudly…”Don’t worry Molly we still love you!”

Ably and brilliantly supported by a four piece jazz combo, Piano, Bass, Drums and Saxophone, mention must be made of her friend, confident, fellow actor, arranger and musical director (Pianist) Peter Smith whose arrangements made this a class act and to Michael Stewart (Saxophonist) whose sublime playing lead you to a smoky bar somewhere in Casablanca.

It would be fair to say that on Friday June 7th Molly Ringwald went from ‘Pretty in Pink’ to “Swinging in Silver” on the opening night of the Adelaide Cabaret Festival.

When: 7 to 9 Jun
Where: Dunstan Playhouse
Bookings: bass.net.au