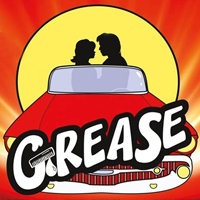 It goes without saying that the musical Grease by Jim Jacobs and Warren Casey is a very popular one. Set in the final years of the 1950s it follows the exploits of a select group of teenagers known as ‘greasers’ who inhabit Rydell High. The show in its original form was not considered ‘family entertainment’ as it tackled issues about teenage drinking, smoking, gang violence and pregnancy, however 42 years and a number of revivals later what is left is a much more sanitized and family friendly version of a once edgy musical offering.

In it’s 55th year the Metropolitan Musical Theatre Company present the latest in the Broadway & West End revivals of the show.

Much has been spoken about how the show has sold well, and in fact as this reviewer understands it was in fact sold out before opening night. Congratulations to the advertising and marketing teams on this. When a show does sell out it means that an unspoken mandate is set by the paying and trusting audience, put simply that what is being presented is of the highest calibre.

I am happy to say that what the Metropolitan Musical Theatre Company of SA Inc. presented under the clever steady hand and watchful eye of Amanda Rowe (Director), Gordon Combes (Musical Director) and Carmel Vistoli (Choreographer) was a successful and entertaining production with some wonderfully innovative thinking and stand out performances. This is not to say that there were no ‘what the?’ moments, but let’s face it that makes theatre entertaining too!

I would love to comment on every performance from the show I saw, but there is simply not the time, the cast, crew and creative team (especially set builders, costume and props) should be very  pleased and proud of what they presented.

Stand Out performances; Tegan Gully in the role of Betty Rizzo was a knock out, her comic timing, vocal work and dance moves on stage were excellent. It’s hard to find the fragile moment in what seems a cold-hearted ‘slut’ role but Miss Gully made her Rizzo very real and gave her heart. Her work alongside Daniel Fleming, as Kenickie, gave at times great comic relief and much for parents to explain to their children after the show. Damien Quick as Doody is one to watch in the future, he is

suave and sings up a storm and commands attention with his stage presence without upstaging, an art a couple of the ensemble could learn. Jamie Hornsby and Katharine Chase as Jan & Roger are the most unlikely couple but clever casting here has paid off and their rapport is fun to watch.

The rest of the Pink Ladies in Jessica Rossiter as Frenchy, who I thought was spot on in character, and Celeste Barone who’s song Freddy My Love was sweet along with the Burger Palace Boys, including Christopher Bierton as Sonny La Tierri, were great support to what was ultimately the story of Sandy v Danny v Rizzo v Kenickie v Sunday School Morals. Julie Quick as Miss Lynch did a wonderful job of channeling the late Eve Arden with her own twist.

As with many community/amateur musical theatre company shows, accents in this show went from standard American through Northern Irish to quite Strine!

This incarnation of the show, as I understand it, is the 2007 revival, which now includes the songs, 'You’re The One That I Want', 'Hopelessly Devoted to You' and 'Grease'; the latter not appearing in the show and perhaps since deleted.  I would question the key selection for the number 'Hopelessly Devoted To You’ as it seemed set in an Alto key for the sweet Soprano voice of young Emily Schwab who struggled with some of the lower moments. Miss Schwab gave an honest performance in the role of Sandy Dumbrowski and held her own in a tide of some strong performances. There was really lovely chemistry between her and her leading man Buddy Dawson in the role of Danny Zuko, which hit the HOT mark in the song ‘You’re The One That I Want’.

It would be easy to play Zuko the way John Travolta played the role in the hit 1978 movie version of the musical, and not to say there weren’t some echoes in his performance, but Dawson made the emotionally polemic character role his own, with clever acting choices, strong body language and strong singing. It was pleasing to see more of the conflict play out in this role - bravo Buddy and Amada Rowe!

I would question the apparent lack of follow spot in the show, if it were used it seemed quite low in intensity.  Better used it might have made clearer the actions of Mr Fontaine (played admirably by Ben Todd) in the midst of a very busy scene of the High School Hop and bring out the ‘star moment’ for pop idol Johnny Casino played by Paul Rodda as well as provide a much more intimate ‘Hopelessly Devoted to You’ moment for Sandy.

Set changes were smooth and well executed by the cast and crew. Dancing was energetic and suited the style and era of the show. ‘Beauty School Drop Out’ was exceptionally camp and well received by the audience, and my was it in a high key!

After 40 plus years Grease is still the word! If you haven’t got a ticket sadly you’ve missed out this time perhaps buy a ticket to one of the other shows coming up.

When: 17 to 26 Oct
Where: The Arts Theatre
Bookings: bass.net.au (SOLD OUT SEASON)