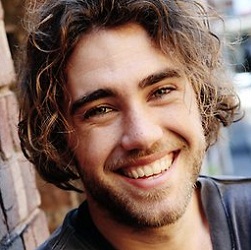 Matt Corby may be young, but his voice and music belie his years.  Reminiscent of the likes of Jeff Buckley, Corby extends far beyond these comparisons to stand as an exceptional artist in his own right at the impressive age of 21.

Hitting Adelaide’s HQ as a part of his latest country-wide jaunt, The Winter Tour, Corby opened the show solo with a haunting acoustic piece that silenced the capacity crowd.  They needed little encouragement to show the man due respect for his skill.

Corby went on to present a set of old and new numbers, showing his versatility as a songwriter and musician as he switched between gentle melodies, laden with emotion, and high tempo rocking beats that kept your head and feet tapping along.

Hit single Brother, which came third in Triple J’s Hottest 100 and was nominated for this year’s APRA Song of the Year, had a surprising early showing mid-set and was met with rapturous applause.  Corby certainly strikes you as not the kind of performer to rest on the laurels of one hit, and so on reflection, it seems apt that he chose to do away with the anticipation earlier rather than drawing it out until the closing number.

Initially parting with few words on stage, he spoke only to share poignant or personal song notes.  However, he quickly warmed up to retell anecdotes of life moments and previous Adelaide experience, developing a great repour with the crowd as the night progressed.

The show’s lighting was cleverly designed; the musical crescendos were punctuated by coordinated and well-placed lighting flares, while the gentler numbers were bathed in soft glows.

HQ can be a great rock venue, being small enough to build and maintain an atmosphere without feeling claustrophobic, but it is still essentially a club and at times felt almost too rough and noisy for Corby’s often tender, always beautiful musical style.

While this audience member would love to re-experience the show in more intimate, sit-down surrounds, Corby and his band more than overcame the venue’s downfalls and shone like diamonds in the noisy, standing-room-only HQ rough.

Photography by Aaron Vinall of Vin[DIGIT]all