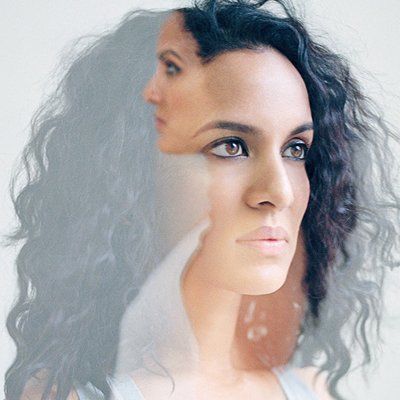 On the opening night of WOMADelaide 2018, Anoushka Shankar sits comfortably upon the Foundation Stage.  Diminutive and softly spoken, she cuts a tiny figure on the huge stage, but as she starts to play her presence resonates out to the audience.  She is a picture of strength and peace as her fingers dance across the sitar.

Shankar last appeared at Womadelaide in 2010, when she joined her father on the main stage for a magical performance that sadly, will not be seen again.  Since then she has released four albums, received three more Grammy nominations and defined herself as an artist and activist in her own right.  She has taken the sitar and classical Indian music to new levels and new audiences with artistic collaborations as diverse as Sting, Herbie Hancock, Karsh Kale, Rodrigo y Gabriela, and Joshua Bell.

Shankar brings the complex music to a live stage brilliantly armed with her sitar and an accompaniment of supporting musicians on double bass, keyboards, Indian shehnai and percussion.  The more traditional pieces are raw and emotive, the soaring shehnai combined with the sitar evoke a deeply primal and meditative response.  These sit surprisingly well next to Shankar's experimental works, which are edgy, electronic tracks with sharp beats and high-pitched strings.  The latter matched with equally intense light shows that maximise the impact of the music.

It is a spellbinding set that showcases Shankar's talent as a composer, musician and thinker; more than an artist, she will be a mark of her generation for a long time to come.