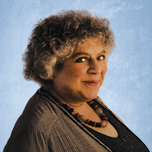 One of the most well-known writers of the Victorian era, Dickens’ work transcends time, language, and culture. His novels portray an array of different women characters, young and old. Dickens’ Women brings to life 23 of Charles Dickens’ most affecting and colourful female (and male!) characters, including Mrs Micawber from David Copperfield, Miss Havisham in Great Expectations, and Mrs Gramp in Martin Chuzzlewit, Margolyes presents her powerful, comprehensive, and at times hilarious exposé of Dickens, his writing, and the real-life women who found themselves immortalised in his books.

Dickens’ personality transcends his books and the characters explored in Dickens’ Women were chosen not only because they are some of the most colourful and entertaining characters in Dickens’ writing, but because they were based on real people in his life; people he fought with and cared for, loved and hated.

In this way, the play is as much about the man himself, as it is about the twenty-three characters performed by Margolyes. These characters are drawn from his novels & sketches, including his most popular such as Oliver Twist, Great Expectations and Nicholas Nickleby. Some characters are famous & iconic, others are lesser-known creations from Dickens' books, but all offer a unique glimpse into the real-life Charles Dickens.

Dickens’ popularity has waned little since his death and he remains one of the best known and most read English authors. At least 180 motion pictures and TV adaptations based on Dickens’ works have been produced. However, Margolyes hopes to offer a different and perhaps more critical perspective on the man himself. ‘He’s a surprising man’ she says. ‘Much crueller than people expect, so I hope the show will shock the audience and remove them from the comfort zone people likely expect from Dickens’.

Dickens’ Women was developed by Miriam Margolyes and Sonia Fraser for the 1989 Edinburgh Festival. It has since travelled worldwide, including London, Jerusalem, Santa Cruz, New York, Boston, Sydney, Auckland and all over India. In 1992, Dickens' Women was nominated for the prestigious Olivier Award.

With an extensive film and television career, Miriam Margolyes is one of the world’s most celebrated character actors. Her long and celebrated film career has included roles in Ladies in Lavender, Being Julia, and End of Days, as well as the nurse in Romeo & Juliet, and as Professor Sprout in the film adaptations of Harry Potter. She has appeared alongside Rowan Atkinson in Blackadder, and on the BBC hit series Merlin and Doc Martin. Her international stage career is just as extensive, including Sir Peter Hall’s Romeo & Juliet, The Threepenny Opera, and appearing as Madam Morrible in the West End and Broadway productions of Wicked (check out the You Tube clip below). Her voice work has been internationally acclaimed bringing life to some of film’s most memorable characters, including 'Fly' the Dog in Babe, the Matchmaker in Disney’s Mulan, and the Singing Teacher in the Oscar-winning Happy Feet.

In Australia, Margolyes has appeared on stage with Melbourne Theatre Company in Blithe Spirit and Sydney Theatre Company in The Way of the World. Often awarded for her work, Margolyes was the recipient of a BAFTA® Award for Best Supporting Actress in Martin Scorcese’s The Age of Innocence and a Best Supporting Actress from the LA Critics Circle Awards. She was also awarded the Order of the British Empire for her services to Drama by H.M the Queen in 2002.

This strictly limited season is part of a national tour, coinciding with the worldwide celebrations of 200 years of Charles Dickens in 2012. The national tour will include performances in Sydney – including a special performance on Dickens’ birthday on 7 February – as well as Melbourne, Brisbane, Perth, Hobart, and regional centres in Victoria and New South Wales.

This is a wonderful opportunity to see the characters of Charles Dickens brought to life by one of the world’s most acclaimed character actors, Miriam Margolyes.

For more information or to book - visit the Barefoot Review's "What's On" section here.

Also check out the official website for the show here.