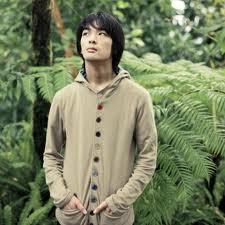 Walking into this show, I had no prior knowledge of the performers and so didn't have any expectations as such.  Yet, somehow, I still wasn't expecting what I got.

Shugo Tokumaru is a 31 year old singer/songwriter from Toyko, Japan.  Though he sings entirely in his native tongue, his musical genius is widely acclaimed both at home and abroad, having supported US bands as well as headlining his own tours across North America, Europe and New Zealand.

The music of Tokumaru and his equally talented backing band does take some warming up to.  Unlike classical or world music, where much of the emotion comes from the instrumentation, pop music leans more heavily on lyrical content to convey context and meaning.  Without this, it can sometimes end up just sounding like noise.

Perhaps, however, this bias is nothing more than learned expectation, since the vast majority of pop music is, and always has been, accompanied by lyrics.

As fortune and fate would have it, this show provided the perfect opportunity for an impromptu test of the theory. Happily, I won't keep you guessing - the theory was quickly undone.

In honesty, language was initially a barrier to enjoyment.  The potential was unmissable, but I found myself pondering how an hour plus of incomprehension was going to pan out.  Over the first half of the show, however, I  was rapidly distracted by a set of incredibly quirky and cool pop indie tunes.

Tokumaru's performance was packed with short and shiny, super fun numbers laden with keys and cymbals. An accomplished and tight group, they made great use of a crazy array of non-traditional pop instruments, including toy drums and piano, melodica and ukulele.

Tokumaru's music is incredibly mature and full.  Despite the amount of showpiece and oddball instruments on stage, it's surprisingly lacking in unnecessary flourishes.  The toy instruments, which might seem arrogant and self-indulgent used by other musicians, were legitimately integrated and didn't sound out of place.

Tokumaru has the delft touch, creativity and musical genius of the best indie pop kings, but executes with restraint and precision.  He has a genuine humility despite his obvious talent, which is inviting and makes him incredibly interesting to watch.  In reality, his mix of influences is so broad, it's hard to nail down. While the overriding feel was indie pop, it sells this incredibly innovative artist short to so narrowly box him in to one genre.

Shugo Tokumaru's performance was attended by a small, but appreciative crowd in a cabaret-style Space Theatre.  The show's highlights included a ukelele-driven rendition of the B-52's 'Video Killed the Radio Star', which was met with delectation from the swiftly converting audience.

From that point on you were hooked and genuinely disappointed by the time the last song rolled around.  The show's conclusion was met by rapturous applause, and no one left before the anticipated encore.

A suprisingly awesome night out - I left with a massive smile on my face.  No doubt Tokumaru will be back for a more extensive tour in the future; check him out if you get the chance.