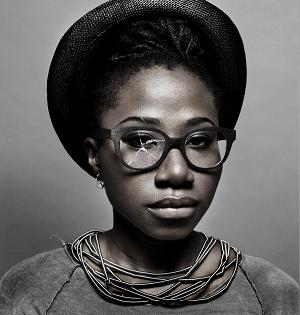 The quintessential WOMADelaide experience: standing under a beautiful clear blue sky on a warm day; a light breeze caresses your skin; french pop caresses your ears.  Welcome to Asa's afternoon slot on the main stage!

Named for and headed by the gorgeous Asa, this seven-piece entertained with set of sultry soul and r&b tunes just made for the setting. A serious intellectual, Asa spoke to the audience extensively between songs, paying tribute the Kaurna people upon whose land the Botanic Park sits and discussing what was lying heavy on her mind.  Despite her solumn moments, this was a fun and highly enjoyable set that was well-attended on the tail end of the four-day festival.

Asa's cool take on world music is well worth checking out.  The latest album 'Beautiful Imperfection' is out now.