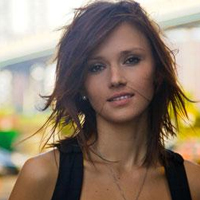 New York City has long been fertile ground for creative types from all over the world, seeking inspiration  from the city that never sleeps.

Burgeoning young jazz pop artist, Briana Cowlishaw, is one of many Australians who have made this pilgrimage to the Big Apple to find her musical nirvana.

The outcome has been fruitful, with the experience resulting in the birth her second album - an ode to New York entitled Paper Mache City.

Briana is now back touring Paper Mache City in Australia, and recently spoke to The Barefoot Review’s Deb Hawke about the album and her decision to make the crossover from jazz to the more accessible jazz pop for this latest offering.