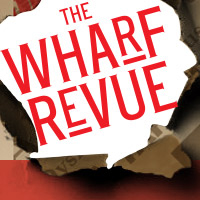 October is fast becoming my favourite month in Canberra, and not only because the cold is starting to abate. Rather, this is the month that the Wharf Revue swings by town to boost public servants’ spirits with its trademark brand of political satire that guarantees a good time.

Unsurprisingly, our new PM Tony Abbott copped his fair share of ridicule straight off the bat, with the cast kicking off the show with a camp Adams Family take off rebranded as ‘The Abbott Family’, and later appearing in a condensed Shakespearean retelling of his steely political rise.

Of course our former Prime Minister, Kevin Rudd did not escape unscathed either, this year being portrayed via multimedia as the menacing villain of a silent movie wreaking havoc on Canberra. And while Julia Gillard may be fading from the public memory, Bishop resurrected her infamous impersonation of the first female leader of the country once again for her final hurrah – telling it like it is through an operatic diatribe now she’s a free agent.

The freshly elected Liberal Party were given the British period drama treatment in the ‘No Stratagem – A Restoration Comedy’ skit, with Bronwyn Bishop and Julie Bishop swooning around parliament house undermining the women’s equality movement and stroking the egos of their male colleagues. The Liberals ‘Stop the Boats’ campaign also proved irresistible fodder, with many a corny joke harvested from the policy.

For those who can’t watch anything without needing to gamble, Tom Waterhouse (Simon Burke) featured regularly throughout the evening on the big screen (with video design and artistry by David Bergman and Todd Decker), encouraging the audience to bet on any random odds he pulled from his head during the show.

And it was a pretty safe bet that Gina Rinehart and Clive Palmer would get a fair sledging for this year’s Wharf Revue, with the crew delivering on this with gusto. Taking a Titanic the movie approach, Gina (Drew Forsythe) and Clive (Jonathan Biggins) performed an off-key and fittingly larger than life rendition of ‘My Heart Will Go On’, complete with a ‘flying’ Gina at the bow of the ship in Clive’s ample arms that brought the house down.

With the conservatives now out in force the ABC was an easy target – being ambushed in a culture war, Mark Scott and a handful of the broadcaster’s remaining faithfuls fled for cover underground as Andrew Bolt and Eddie Maguire stormed the gates. Amanda Bishop also dished up a perfect replica of the ABC’s Annabel Crab in Kitchen Cabinet, attempting to make some sense out of Bob Katter as her guest de jour.

Of course, a show devoted to political satire wouldn’t be the same without a juicy scandal, and they found one in Eddie Obeid and his ICAC Inquiry.  With his tale told through a number of stock standard Christmas carols, the cast managed to encapsulate what is a fairly complex chain of events into an articulate and festive summarisation.

Bill Shorten (Simon Burke) as the newborn Labor leader got a full and proper Wharf Revue initiation, portrayed as none other than Hamlet. Burke got Shorten’s so-called ‘hang dog’ expression spot on, tipping the audience over the edge and into waves of hysteria, as he lamented “what a piece of work is that man Abbott” while his disillusioned advisors Rosencrantz and Guildenstern sat about engaging in cryptic musing.

The Whistle-blowers, Julian Assange (Jonathan Biggins) and Geoffrey Robertson (Drew Forsythe) also passed on through with their whistle wares in tow, with Geoffrey challenging Julian’s conduct with a formidable oration. Also making the international news was none other than the Dalai Lama, The Arab Spring and United State’s love affair with guns, featuring an all-American country and western number and Bishop doing a cracking good job on a stock whip.

But, as always, they saved the best for last with a Wizard of Oz adventure that saw disaffected Labor voter Dorothy and her dog Vote-o floundering about in the Emerald City, seeking wisdom from the ‘Wizard who lived in The Lodge’ to help save the Labor Party. Meeting the scarecrow (Bob Carr), tin man (Paul Keating) and lion (Kim Beazley) along the way, they explore some hard Labor truths through the blow softening medium of song before discovering the wizard is none other than Hawkey with some straight shooting advice.

The clever, incisive and highly informed scripting and lyrics that have spun straw into gold are in fact what makes The Wharf Revue so appealing year after year. These are sharply observant performers who have done their research, and been duly rewarded with street cred and a loyal following by politically savvy Canberrans who eagerly await their return each Spring. However, there is also a strong foundation of pure talent firmly holding up this troupe, with each member possessing remarkably solid vocal abilities, adeptness for an expansive range of comedic expression and of course, infinite imagination.

While the sets from some of their past shows have been a little more extravagant, Whoops! featured a simpler approach to design (by Barry Searle) with just a handful of cartoonish cut out doors and an old wooden piano (played by musical director Andrew Worboys) as the permanent backdrop. The video backdrop also featured very heavily as a quick and innovative way to change scenes and drop in creative segues while the cast frantically changed their costumes.

You could almost hear the collective sigh of disappointment from the audience at the wacky conclusion of the show, wishing that the fun could go on for just a little bit longer. With the reality for those working within the heart of our political system no doubt hitting hard as the stage lights faded, I’m sure they are counting the days until the Wharfies return with another shot of comic relief.

When: 15 to 19 Oct
Where: Canberra Theatre Centre
Bookings: canberratheatrecentre.com.au