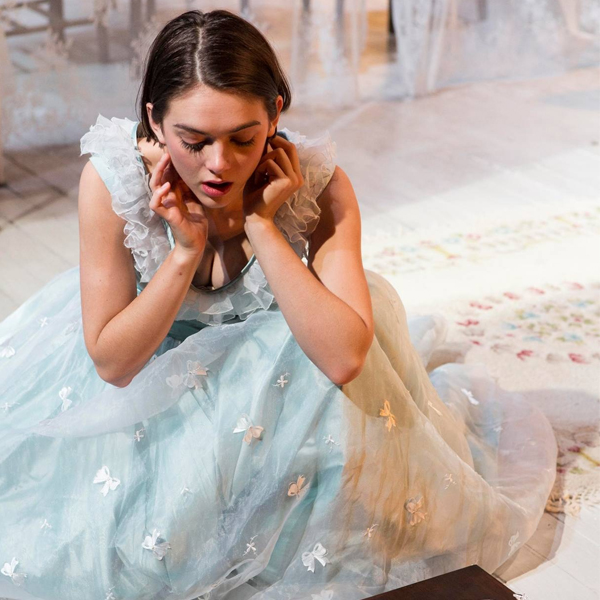 Belvoir. The Canberra Theatre Centre. 4 May 2016

Women in various cultures over many eras of human history have had to put up with inequality - and where there is women’s inequality alongside a lack of social support for the vulnerable, there is a subsequent, dignity stripping dependence on men. But while that scenario may seem like it’s all power, whisky and cigars for the male of the species, The Glass Menagerie demonstrates how inequality takes its toll on everyone involved.

Although The Glass Menagerie was written in the more oppressive 1940s America, there are still echoes of these out-dated social practices that cast a shadow in the developed world in the present day. And so it serves as a useful cultural indicator of how far we’ve come, and how far we still have to go.

Loosely autobiographical, Tennessee Williams' The Glass Menagerie tells the story of the Wingfield family who have been abandoned by their flaky father and husband, Mr Wingfield. As a single mother, Amanda Wingfield (Pamela Rabe) is now desperately trying to keep her dysfunctional family afloat, while adapting to a life much less comfortable than she is accustomed to.

Amanda’s children, Tom (Luke Mullins) and the painfully shy Laura (Rose Riley), are a constant source of worry for her, but her concern is overbearing. While Tom is trying his best to suppress his desire to escape his suffocating reality and focus on providing for his family, Laura’s inability to find a husband to support her is becoming a burden on them – leaving Tom with no choice but to bring home workmate Jim O’Connor (Harry Greenwood) to dinner as a “gentleman caller” for his peculiar sister.

In the spirit of the original intent for The Glass Menagerie back in the 40s, the design crew have innovatively harnessed all the benefits of modern digital technology to create a dynamic aesthetic on the traditional ‘set within a set’. In this respect, Mullins also takes on the role of roaming cameraman, quietly capturing the intimate, vulnerable moments of his mother and sister in close up and broadcasting it on a set of screens in dreamy black and white for the audience.

The lighting for this play is also glorious, coming as close to the variations of natural light as you could possibly get. The morning sun shining through the Wingfield’s little apartment is so realistic that it makes you want to wander onto the stage to bathe in it a while.

But while the visual aspect of The Glass Menagerie is impressive, its impact is only as effective as the performers bringing it to life – and Rabe, Mullins, Riley and Greenwood are the dream team for the job, with each having their own moments throughout the play to shine. The cast provoke an overwhelming sense of gratitude for the generosity of their performances, which take them on a rollercoaster of explosive emotions punctuated by moments of unrelenting fragility and exposure. Totally within their characters' skins, they are utterly fascinating in their portrayals.

The Glass Menagerie is not a feel-good play by any stretch of the imagination, though there are plenty of laughs throughout, but it is a powerful one that taps into a place deep within. It is a play about quiet desperation flowing over, and the constraints of social circumstances that bring out the worst in people – something most people can relate to on some level.