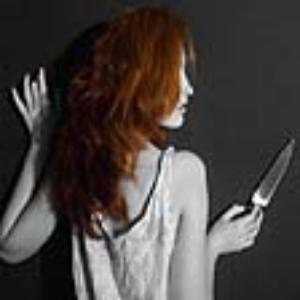 Claire and Severn are young, sheltered and inexperienced.  Emerging into a world that is beyond their understanding, they go about acquiring knowledge the fastest way they know how: a Transfer.  Unfortunately for their victims, this process is painful and deadly.  That is, until they meet Alex.

In his directorial and writing debut, Alberto Di Troia is to be commended for a strong effort.  He has put together an enjoyable piece with an excellent young cast.  All participants show talent and potential, with Anna Bampton standing out in the role of Claire.

Claire’s mix of determination and vulnerability is well captured by Bampton and her one-on-one scene with Hudson Archer (Alex) is a highlight of the show.  Both display great maturity in executing some edgy material, which, unfortunately, is more than can be said for much of the teenage audience who laughed and joked frequently and loudly at inappropriate moments during the show. All three actors did well to ignore this audience distraction.

The director should be careful to rein in the tendency for the three to overplay their roles.  Archer is particularly prone to this.  He put in a great performance as Alex but the character’s arrogance is overdone to a point where it feels unbelievable.

Di Troia has achieved much given his limited experience, but the play feels amateurish at times.  The themes are too familiar, as if drawn directly from a mix of sensationalist news stories and HBO.  There is some lazy writing in the first scene, where Di Troia writes Severn with too much exposition.  Cleverer crafting here would allow the audience to piece together the characters history and its implications.

Overall, the play is confused about what it wants to achieve and would benefit from some culling.  The thread regarding Alex’s sexuality and the true nature of this relationship with non-performing character Tom seems thrown in simply to cover all the bases. Terminology such as “transfer”, used to describe the process by which Claire and Severn extract knowledge and experience from their victims, suggests a sci-fi aspect that is distinctly off-track from the rest of the piece.  As the story unfolds, we discover that these are just two lost and lonely teenagers, trying to survive alone in the world after escaping a childhood cult that repressed and abused them.  This version of the characters doesn’t sit nicely with the impression we are given to begin with of two serial-killing disassociatives “transferring” information from their victims via intimidation and torture.  While the concepts themselves aren’t mutually exclusive, they aren’t transitioned well enough in this piece to work.

The Housesitters has loads of potential but needs some editing from an experienced eye to refocus the script and bring it up to a professional level.  A lack of consistent and truly original themes is a weak point, but good performances by the cast went some way to smoothing this over on the night.  This show is worth checking out if you are interested in seeing what some of Adelaide’s up-and-coming writers and performers have to offer.