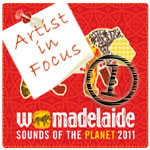 Drawing on an extensive and impressive pool of influences and experiences, the Band of Brothers repertoire encompasses world music, Latin, jazz, folk and contemporary. Though relatively unknown outside of classical music circles, all four are internationally acclaimed musicians in their own right.

The Grigoryans are considered Australia’s finest classical guitar duo a 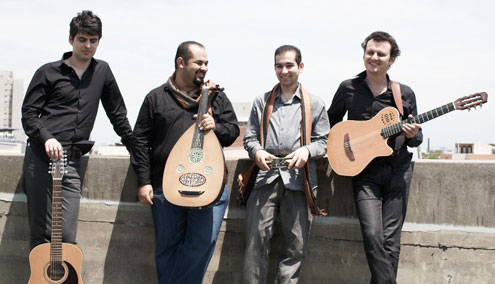 nd have toured Band of Brothersextensively worldwide since 2002.  Slava is a member of guitar trio MGT with jazz legends Wolfgang Muthspiel & Ralph Towner, and has filled the post of Artistic Director for the Adelaide International Guitar Festival since 2009.  Leonard is a composer and performer in the Australian contemporary jazz ensemble FGHR.

The Tawadros brothers hail from an Egyptian family steeped in musical talent and success. Taking after his grandfather Mansi Habib, an oud virtuoso, older brother Joseph excels on this Middle East lute and has toured globally, performing at some of the world’s most prestigious venues as well composing for film and theatre.  At just 21, James Tawadros has already made a name for himself as a world-class percussionist and master of the req, a small hand-held Arab tambourine.  He has performed and toured with the Australian Chamber Orchestra.

Catch Band of Brothers at this year’s festival when they perform afternoon sets on Saturday and Monday!

Hailing from Sharaqpur in Pakistan, Faiz Ali Faiz is a seventh generation practitioner of Qawwali, 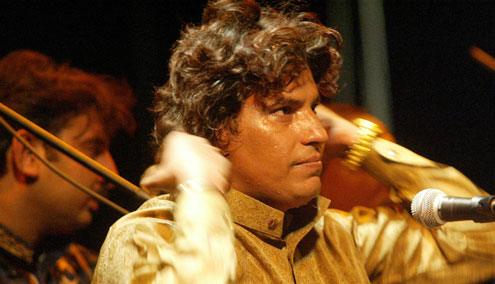 The traditional Islamic style was popularised in the 1990’s by the late maestro Nusrat Fateh Ali Khan, with several Womad appearances helping to bring Qawwali to the West.  Faiz is widely considered to be the successor to his legend, possessing a similar vocal diversity and devotion to the traditions of Qawwali.  He regularly performs Khan’s signature song “Mustt Mustt” and has enjoyed a successful international recording and concert performance career.

For the chance to catch Faiz Ali Faiz in action, make sure you’re at Womadelaide for the evening sessions on Friday and Monday!

Flag installation artist Angus Watt is fast becoming an iconic symbol at festivals the world over, Watt’s jumbo-sized decorative flags have featured on the Womad program since 1994.  These enormous and beautiful silk artworks are made using only wind and solar power at his yurt home in the mountains near Granada in Spain.

The repeat appearance of Watt’s work can mean the flags are overlooked by Womad-hardcores in the sensory overload of the new and as yet unseen.  With fresh designs made for the festival each year however, his installation is well worth another look.