Man in a Bag 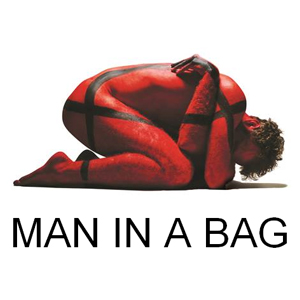 ‘Man in a Bag’ is forensic and sharp as a scalpel as it lays bare before the audience, the truth of what happened to the dead man in the red sports bag found in the bath in his small rented flat; an intelligent and well-crafted first production by this new ensemble, Polygraph Collective.

In 2010, Gareth Williams, an M16 officer, was found decomposed in a red bag in his bath tub. The bag was padlocked on the outside and the keys inside under the body of Williams. How it happened? The could-be truth; the questionable truth; and the real truth; is the expose of this 55 minute production. Who was the man behind the M16 officer? Was it murder? Was it a set up by ʻothersʼ? Was there a mysterious woman involved? Was it all a horrible mistake by Williams who thought he was Harry Houdini? Playwright Emily Steel has collected the facts as reported in the UK press at the time and presented them as a sort of police investigation; running commentary; and post death revelation by the man in the bag. Lean and clean writing.

The 7 member acting ensemble consisting of Chrissie Page, Holly Myers, Charles Mayer, Sam Calleja, Sara Lange, Lochlin Maybury and Tiffany Lyndall-Knight, enter and exit in their turn, some playing cameo roles, some nearer the plot core, but all essential to laying out the body, so to speak, of the play.

There are strong individual performances leading to a solid theatrical experience for the audience. The co-directors, Tiffany Lyndall-Knight and Ben Roberts worked on ‘Man in a Bag’ during its first incarnation at the Adelaide College of the Arts. The staging is impeccable. The action is well paced and the plot development is clearly presented. If I were to carp on one small point, it would be that the almost UK provincial accent of the rental flat manager’s husband could have been brought into line with the other non-specific accents of the rest of the characters.

The set design by Olivia Zanchetta was effective; movable white screens; a red sports bag; a black chair. All locations were created by manipulating the screens. One small jarring element of the set was the rustling of the white screen material whenever the screens were being manipulated. A case of ‘silence would have been golden’.

The costumes by Olivia Freear were functional and unobtrusive. Sound design by Callan Fleming and Lighting design/ operation by Alexander Ramsay worked hand in glove with the set and the onstage action; choreographed precisely. For example: the bell of the lift as the door opened and closed; the pulsing lights and the almost tribal rhythm of the following scene’s soundscape; and the interaction between on stage voices and pre-recorded voices.

It would be remiss of this reviewer not to mention Gilbert Kemp Attrilʼs opening video component, Will Spartelʼs sound operation, and Sofia Caladoʼs intriguing production image. Henry Arrowsmith and Clara Solly-Slade in the production department completed the Polygraph Collective’s ‘Man in the Bag’ team for this fine intro to the company’s work.

The moral: Donʼt try the ‘Man in the Bag’ trick in your own lounge room… and always look under the surface of what you hear, see and read in the media.

When:  22 July to Aug 2
Where: Holden Street Theatres
Bookings: venuetix.com.au