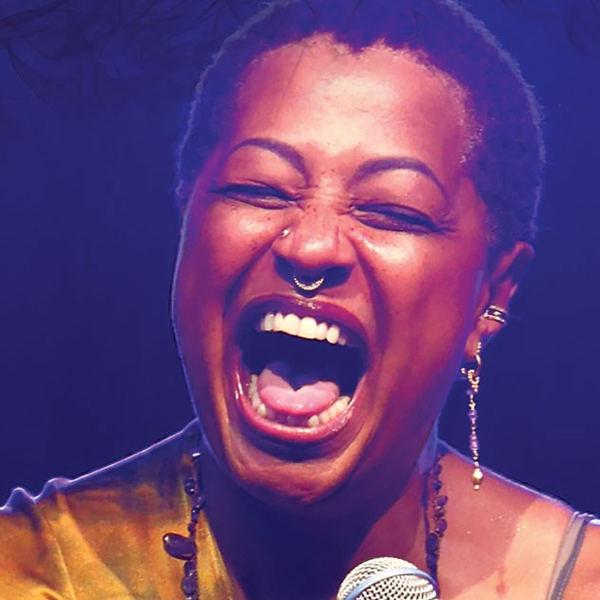 The extraordinary Lisa Fischer and her terrific band Grand Baton have returned to the Adelaide Cabaret Festival after a three year absence and, once again, they are a triumph.

Lisa Fischer’s career is an intriguing one. For thirty years she has been an indispensable, but unheralded, vocalist in The Rolling Stones touring band. In the spotlight for her thrilling solo in Gimme Shelter but in the shadows for the rest of the show, she has played to audiences of up to half a million people, most of whom wouldn’t know her name.

Those who have seen Morgan Nevile’s 2014 Oscar winning documentary 20 Feet from Stardom, about the experiences and tribulations of back-up singers such as Darlene Love, Merry Clayton, and Claudia Lennear, who made significant contributions to recorded music for little more than gig economy reward, will recognise Lisa Fischer as a key contributor not only to the Stones, but Luther Vandross and Sting.

So to see Fischer perform as the major star she undoubtedly is, in the intimate confines of the Dunstan Playhouse, is a rare treat. Taking the stage to a warm welcome (led by the many who have seen her before and wouldn’t miss this for quids) she immediately connects, greeting the audience and introducing her New York-based band, Grand Baton, a psychedelic-soul-jazz unit featuring Aidan Carroll on bass, drummer Thierry Arpino and musical director and multi-instrumentalist J.C.Maillard.

Fischer begins humming and vocalising while Arpino lays a catchy percussive rhythm with timpani mallets, joined by Carroll’s deep thrumming bass. The vocal improv starts to form words- “You’re lights are on, but you’re not home/ Your mind is not your own/ Your heart sweats/ your body shakes/ Another is what it takes… ” It swaggers but is gathering intensity; Fischer weaves the vocals between two microphones – one for reverb and echo effects, the other for her soaring multi-octave excursions.

Another verse and she hits the chorus “You know you’re gonna have to face it, you’re addicted to love.” As she hits the last phrase J.C. Maillard opens the throttle on his electric guitar, peeling off rich,

raunchy fuzz chords John Scofield would be pleased to own.

Addicted to Love, Robert Palmer’s 1986 signature dance hit, cruises for eight or nine minutes as Fischer, draped in majestic off the shoulder silk, draws up her skirts to sashay with the band as they revel in their irresistibly nimble groove.

Also a skilful raconteur, Fischer recalls her grandmother telling her that she was part Cherokee and recently deciding to have a DNA test to identify her ethnic heritage. She was astonished to find Cameroon, Sub-Saharan, Indian, a slice of British but no American. That was the lead-in to a reflection on the fluidity of population and migration. And - “We come from the land of ice and snow/From the midnight sun, where the hot springs flow..” Led Zeppelin’s Immigrant Song - linked in enticing mash-up with Fragile from the Sting album Nothing Like the Sun.

It unfolds into a splendid sonic raga with Fischer’s keening reverb vocals, the unerring rhythm section and J.C. Maillard, his face a curtain of thin dreadlocks, weaving keyboards, mesmeric oud-like melodies from his custom built SazBass (an eight string elecro-acoustic instrument modelled on the Turkish baglama) as well as multilayered Sufi Qawwali vocals. He is a fascinating musician to watch in action.

A jazzy, spacy reading of another Sting/Police classic follows – Message in a Bottle, gradually coming into recognition as the band entwine with Fischer’s vocals. She is a marvel of expression and control. Her voice spans from bell-like soprano to sultry contralto. It is said that she has a vocal range from A2 to G6.

Reflecting on her teenage parents (sixteen and seventeen when she was born) and her mother’s tribulations in love, Fischer interprets yet another intriguing contemporary composition – Blues in the Night by Katie Melua - with a downbeat melancholy theme of abandonment. “A man is a two-face,/A worrisome thing who’ll leave to sing/The blues in the night.” Carroll is now on acoustic bass, Arpino is using brushes and J.C. a melodic acoustic blues guitar.

This unadorned lament then segues into Ane Brun’s setting of Laid in Earth from Purcell’s Dido and Aeneas highlighting the pellucid operatic quality of Lisa Fischer’s virtuosic soprano. It is a spell-binding experience and it is inexplicable that recordings of these superb live performances have never been released.

Fischer’s versatility is evident yet again with a jazz medley of Heart and Soul and the Peggy Lee standard, Fever. The band is at its supple best and Fischer moves around the front tables of the audience, working her double mics and serenading some rather bashful “silver foxes” in the matinee crowd. J.C. plays a flawless flamenco solo before switching to another excursion on the SazBass.

It is a splendid close to the set, but luckily there is more. The encore announces itself with those famous lines Lisa Fischer would have heard so many times 20 feet from the spotlight. “I was born in crossfire hurricane/ And I howled at the maw in the drivin’ rain/ But it’s all right now, in fact it’s a gas / But it’s all right I’m … Jumping Jack Flash.” The Rolling Stones, Beggar’s Banquet, 1968.

Like the re-inventions by Robert Plant and his Shape Shifters, Fischer, J.C. and the others have given this rock classic a Moorish makeover. The Stones rhythms are large as life but Fischer’s vocal inventions and J.C.’s Nusrat Fateh Ali Khan chanting (expertly blended with vocal embellishment from the sound desk) turns a familiar oldie into a dervish-like spin with the music of the spheres. The majestic Lisa Fischer and Grand Baton are a joy to behold and musically out of this world. You’d have to say they’re a gas, gas, gas.