The House is Live 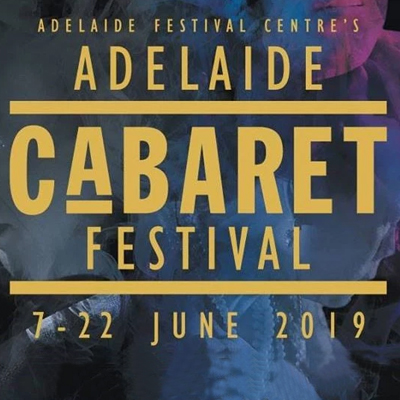 Julia Zemiro warned that the Cabaret Festival Gala opening would not be in the convention of past Cabaret Festival Gala openings and it wasn’t, insofar as it was outside the CBD in the dear old Thebby Theatre. For many of the establishment, it may have been a first venture into a venue famous for rock concerts, albeit Adelaide Festival aficionados have fond memories of significant arts events there; Pina Bausch top of the list.

Lesson of the night was that it is a beaut old theatre with good sound.

Otherwise, well directed by Craig Ilott, it was a not-gala gala Cabaret Festival night in which Zemiro introduced a swag of her 2019 line-up, newbies and oldies.

She also presented the divine Meow Meow with the CabFest Icon Award. Meow Meow made it an opportunity to salute Julia Holt, original director of our winter festival, and to play absurdist games with the trophy and with the audience and life in general. Meow Meow is one vivid, clever, fearless, funny, utterly unique performer and she deserves all the plaudits in the business.

State Theatre artistic director Mitchel Butel partnered Zemiro in her opening segment and showed his colours as an absolutely delicious song and dance man. He had impish good spirit which one hopes may transition into his era with State.

In the absence of Adelaide’s beloved Hans, Zemiro introduced Adelaide to Reuben Kaye, a gorgeous camp champ of song and patter now resident in London.  He wears arguably the world’s biggest false eyelashes with expertly glittered lips. He sings beautifully. He is provocative and funny and downright classy. It is impossible not to adore him.

The line-up moved seamlessly on and off stage, the program’s moods moving from cheer to melancholy.

Queenie Van de Zant  brought the house to respectful silence before she brought it down. She can sing. She is funny. Another hit.

Omar Musa did his rap poetry, bouncing rhythmically across the stage, brown man with black politics, he said, a marvel who has risen to stardom with poetry.

There was Nkechi Anele shouting soul Idol-style and Alma Zygier winning hearts with lovely 30s jazz songs. The Swell Mob swarmed all over the place in their scruffy period garb, pulling up petticoats, kicking up knees hot from the rowdy pubs of Olde England.

Paul Capsis made his appearance, his astonishing voice shrilling and thrilling as ever, although he seemed in himself just a bit downhearted.

He was chirpier in the grand finale with Meow Meow, but who wouldn’t be?

Maude Davey strutted down the centre aisle, a glory of sleek skin and showgirl feathers. She sang The Angels’ famous anthem, Am I Ever Going To See Your Face Again and the audience roared its response in an epic version which culminated with gorgeous Davey throwing herself hard on the catwalk floor. A dramatic gesture perhaps signalling that she is giving up nude performance.

The variety show climaxed with a storm of golden particles pouring from aloft and the whole, gorgeous auditorium shimmered in the joy of it. A lovely spectacle. Not a gala, mind you.

And did I mention the band?

Directed by pianist Daniel Edmonds, with lots of brass and fabulous percussion, it just swung and sizzled and purred and gave a power of finesse to the show.  And CabFest 2019 was up and away.