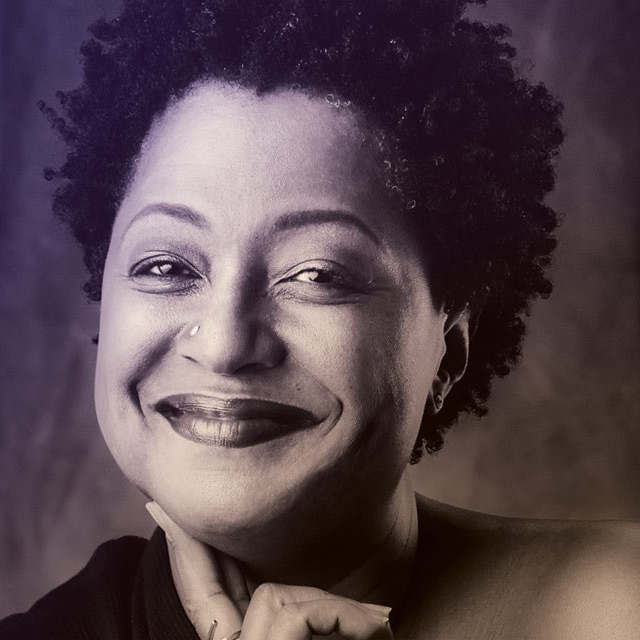 Lisa Fischer has performed on the biggest stages in the world. She played to more than 500,000 people in Rio, and to sold-out stadiums from London to Berlin, the US to Australia. Since 1989 – along with keyboard player Chuck Leavell and bassist Darryl Jones – Fischer has been an indispensible part of The Rolling Stones touring band. Stones fans will never forget her show-stopping solo at the Adelaide Oval, reprising Merry Clayton’s legendary vocal riff in Gimme Shelter – and making it indelibly her own. Fischer was also a long time singer for Luther Vandross and accompanied Tina Turner and Sting.

We now know much more about Lisa Fischer – along with Merry Clayton, Darlene Love , Claudia Lennear and other rock vocalists – from Morgan Neville’s 2014 Oscar–winning documentary, 20 Feet from Stardom, a memorable, and provocative exploration of the role (and plight) of back-up singers who stand near the spotlight but never quite in it.

Lisa Fischer has always had a solo career – her first album, So Intense, was released back in 1991 - but it has had its interruptions. Scheduled to play last year’s Cabaret Festival, she then cancelled because of Stones concert commitments. At last, in 2016, Adelaide audiences have the chance to see her -

centre stage in all her brilliance.

And surely there is no better time. Touring with soul-psychedelic trio, Grand Baton, Fischer is undoubtedly at a career high point, with a cabaret scale show which is breathtaking in its intimacy and technical flair.

The Saturday night set in the Dunstan Playhouse begins with greetings and introductions. As the stage fills with a purple haze of downspots, Fischer makes immediate connection with the audience and identifies the band – Aidan Carroll on bass, drummer Thierry Arpino and musical director and multi-instrumentalist J.C. Maillard. Then she begins vocalising – humming, trilling, entwining her voice with Maillard’s acoustic guitar as they begin a ten minute exploration of Amy Grant’s Breath of Heaven (Mary’s Song). “I have travelled many moonless nights / I am waiting in that silent prayer. “ It has both a gospel gravity and a spiralling ethereal questioning as Fischer reveals both her strength and fragility.

Using dual microphones – one for reverb and echo effects, the other for her soaring multi-octave vocal excursions, - Fischer is a marvel of expression and control. From bell-like soprano to sultry contralto, it is claimed she spans a range from A2 to G6.

From drummer Arpino’s intro, using timpani mallets, and Carroll’s driving upright bass, Fischer leads into Eric Bibb’s blues classic, Don’t Ever Let Nobody Drag Your Spirit Down. J-C Maillard takes up his SazBass (an eight stringed electroacoustic instrument based on the Turkish baglama) to add some tasty syncopation as Fischer’s mercurial vocals redefine the blues for the 21st century.

Several mash-ups follow – Freedom, and Railroad Earth’s Bird in a House - featuring great drumming and Maillard, fleet-fingered on guitar and Rhodes keyboard. Then, the band goes full throttle into Led Zeppelin’s Rock and Roll. Fischer is in full belter mode and Maillard reaches for his fuzz pedal for some jazzy Hendrixisms - before segue-ing into Fischer’s own Grammy-winning soul ballad, How Can I Ease the Pain.

With her long association with Jagger and Richards, it is hardly surprising that Lisa Fischer has become an inventive interpreter of their songs. Miss You, Jagger’s pouty lament from Some Girls, is expertly extruded by Fischer into a performance that begins with a catchy groove from the band, bass and drum rippling, guitar riffing, and Maillard adding some Daft Punk beatboxing. Fischer’s majestic voice then soars once again, as the four musicians carry us through eleven minutes of jazz-rock virtuosity.

“I was born in a crossfire hurricane” drawls Fischer as the band sashay into Jumping Jack Flash, Thierry Arpino’s crisp drumming etching the beat with Carroll’s rich bass and Maillard playing his SazBass like an electric oud and adding multilayered dervish Qawwali vocals, as Jack becomes a very different kind of gas, gas, gas. Fischer glides and twirls as a song, thumped out on concert stages for forty years, transforms into a modal earth dance, an ecstatic celebration with a high priestess of song officiating.

The set closes with: “The lights are on/you’re not home”. You might as well face it – it’s Robert Palmer’s Addicted to Love. From a sweet, insinuating intro Fischer’s powerful vocal climbs again – stronger than Tina, more majestic than Adele. The trio -Maillard in full Fender whine, the rhythm section rock solid and increasingly urgent - carries her through surge after surge, wave after wave of rock and roll electricity.

And for an encore – beginning with Fischer’s sweet crooning over a trickling acoustic guitar: “Childhood living is easy to do / The things you wanted I bought them for you / Graceless lady you know who I am / You know I can’t let you slip through my hands“ Wild Horses. This time without Mick’s faux twang and nasal whine, but deconstructed and reassembled as a soul aria that envelopes us in sound and feeling; too lucid to be called bewitching, too open-hearted to be mesmerising.

Lisa Fischer is a superb artist and Grand Baton are perfect collaborators. The audience was on its feet for the final curtain. We all knew we had seen and heard something exceptional - and splendid. Wild horses couldn’t drag us away.