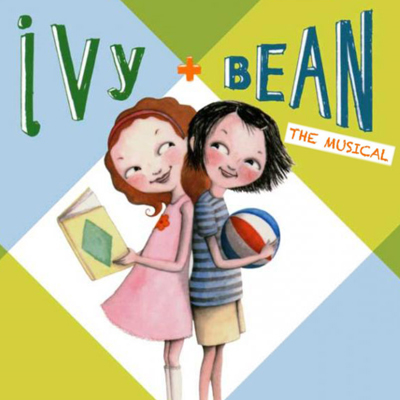 Based on the characters from the popular children's book series Ivy + Bean, this lovely musical theatre production is written and directed by husband-and-wife team Sarah Williams and Anthony Butler.  Operating as The Gemini Collective, this is their debut production and one they can be proud of.

Inspired by their own children's love for Annie Burrows' New York Times best-selling books, the play focuses on the unlikely friendship between two seven year-old girls.  Living on the same street but with opposing personalities, they avoid each other until circumstance brings them together and they discover a perfect partnership.

The show features a stellar cast from the Adelaide theatre community.  Briony Kent, an actress with an impressive list of professional and amateur appearances, captures the rebellious but well-intentioned Bean wonderfully.  Her characterisation is believable and she is very successful in portraying conflict between Bean's staunch independence and her desire to do the right thing.

Millicent Sarre's Ivy is so endearing.  She nails the childish innocence of her bookish character and she plays off Kent brilliantly.  Sarre's voice is divine and she exudes a natural and effortless warmth that lights up the stage.

The supporting cast of Jemma Allen, Zak Vasiliou, Nadine Wood and Thomas Brodie Phillips are fantastic and fulfil their many roles with ease.  They interact easily and genuinely just as childhood friends would, and garner plenty of laughs at the right moments.

Allen is particularly delightful as Bean's tyrannical older sister.  Successfully mustering all the puffed up arrogance of a tween-ager, she is hilarious as the eleven year-old Nancy.

This production is a perfect afternoon out for primary age children.  As well as being a treat for any fans of the book, it is a great introduction to musical theatre for those not old enough to sit through a full length production.