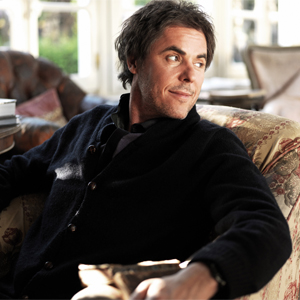 The Harry Nilsson story is as paradoxical as it is sad. He had great success; but his biggest hits were covers of other writers’ songs. He was a brilliant vocalist, but never performed live. His first album was ignored by everyone - except John Lennon and Paul McCartney. He had an eight album contract with RCA Records and was paid $3 million not to make the last three.

Tim Freedman, the other famous Whitlam, “does” Nilsson for the Adelaide Cabaret Festival- and he honours a great musician in the doing. Dressed in the signature Schmilsson tweed cap and sporting mutton chop sideburns, Freedman channels Harry, Brooklyn accent and all. Seated at the Playhouse Steinway, he opens with ‘Everybody’s Talkin’’, written by Fred Neil and theme song of the hit film ‘Midnight Cowboy’. The first of his string of cover hits, it is still Nilsson’s most famous.

But more intriguing is ‘1941’, autobiographical to the point of pain –“Well in 1941 a happy father had a son/ And by 1944 the father walked right out the door”; repeated in the final verse, where the dates are now 1961 and 1964 , and the father leaving is now Nilsson himself.

Freedman narrates the Nilsson story – and the legend. How he divided time between working as a computer analyst in a bank and writing and recording demos such as ‘Cuddly Toy’ – a “nasty song wrapped in sugar” and a hit for the Monkees.

And his creative collaborations with musicians like Randy Newman, at that point a little-known, but much admired, composer. Nilsson recorded ‘Simon Smith and the Amazing Dancing Bear’ for his 1969 album ‘Harry’ and then followed in 1970 with ‘Nilsson Sings Newman’, a whole LP of Newman songs, with the same mix of wordplay, irony and satiric deadpan which characterised Nilsson’s own musical style.  Freedman delivers a memorable version of ‘Living Without You’ from that collection.

Perhaps it is Freedman’s account of Nilsson’s connections with The Beatles which piques our interest in particular. Dating back to 1967 and ‘Pandemonium Shadow Show’ (featuring ‘She’s Leaving Home’ and a virtuoso pastiche of Beatle sounds with ‘You Can’t Do That’) Nilsson became the Fabs’ favourite interpreter. Nilsson met up with them when he went to the UK – about the time that John met Yoko. He and Lennon became close pals, later for a time he played (as coincidentally, did Colin Hay) with Ringo Starr’s All Starr Band (and Ringo even paid to have his teeth fixed!)

But it was around 1974 when the Lennon / Nilsson antics became notorious in Los Angeles. Their Lost Weekend lasted for eighteen months and cost Nilsson his reputation and his health. Freedman uses Lennon’s raw Plastic Ono lament, ‘Isolation’ as litmus for that time. Nilsson’s huge success with ‘Nilsson Schmilsson’ is now evaporating, his refusal to perform live, and tendency to self-sabotage conspire towards his increasingly lonely decline.

Tim Freedman’s narrative is unsparing in describing how a great career is careening downwards, but the songs ever remind us what a clever musical spark Nilsson was. From the perky metronome of ‘Gotta Get Up’ to ‘The Puppy Song’, from ‘One’ (is the loneliest number) to ‘Without You’, the sheer verve and yearning of his melody and the sweetness of his vocals are here splendidly interpreted by Freedman. Nilsson has been done, with a little touch of Schmeedman in the night.