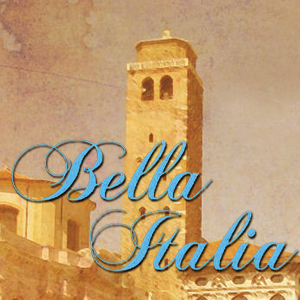 From the perspective of an ‘ordinary’ concertgoer, one’s enjoyment of a piece of music is probably not enhanced by having an in-depth understanding of the context in which it was composed, but it can enrich the experience.  The ASO’s ‘Bella Italia’ Master Series program featured three early 19th century compositions by three musical luminaries of the period: Schubert, Mendelssohn and Berlioz.  Each piece was a response by the composer to some Italian influence: whether that be a particular Italian musical style, or the physical beauty of the country.

Schubert devotedly attended the opera and hungered to be a successful composer of stage works, but for the most part he never achieved that ambition.  His Overture ‘in the Italian Style’ in C, D561, was largely an attempt to cash-in on the surging popularity of the lighter and altogether more jolly music of the Italians of the likes of Rossini.  It stands alone as a concert item but it doesn’t go beyond being a curtain warmer for whatever is to follow next, which in the context of ‘Bella Italia’ was Mendelssohn’s much loved ‘Italian’ Symphony No 4 in A, Op90, commonly known as his Italian Symphony.

Curiously Mendelssohn was quite dissatisfied with his symphony, but it is now firmly a concert hall favourite.  It is a relatively short symphony and is light and lyrical throughout.  It abounds with hummable melodies that conductor, Arvo Volmer drew out in an exhilarating performance.  He insisted the strings were gracefully phrased, and the woodwinds were right on the mark in the final Saltarello presto finale.

Berlioz is a master of orchestration and his ‘Harold in Italy’ calls for a large orchestra.  Written at the urging of famed violinist Niccoló Paganini, ‘Harold’ is a symphony that features a principal viola.  By comparison to the violin and cello, there are few frequently performed concert works for viola and orchestra (at least in Australia) and so it was a great privilege to hear famed Ukrainian born violist Maxim Rysanov perform ‘Harold’.  [Going slightly off topic, his recordings on viola of Bach’s cello suites are quite sublime and he infuses them with freshness.]  The viola is not as robust in its upper and lower registers as are the violin and cello, but in the hands of Rysanov the highs were brilliant and soaring, and the lows were comfortable and warming.  Volmer ensured the weight of the orchestra was finely regulated to the viola allowing Rysanov to perform as if in a concerto.