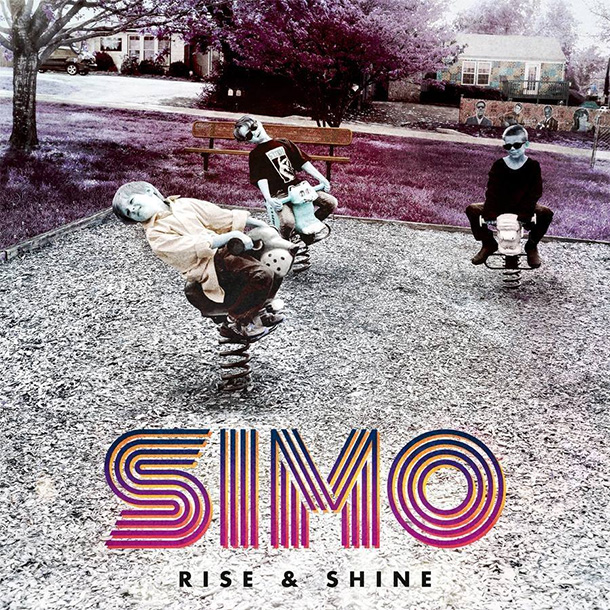 It’s a rare occasion these days that a piece of music has instant appeal. Even the so-called classic era of rock music would normally take a listen or two to draw you in, with the artist capable of instant fandom a rare and special commodity. I am quite pleased to note that the latest offering from SIMO is exactly that, an album full of tunes that won me over right from the get-go. I hadn’t really heard of SIMO prior to this, but I’m certainly keen to find out more now.

Rise & Shine is the band’s third long-player, and their second on their label, and it is a very impressive collection of tunes. Doing a bit of background reading on the Nashville, Tennessee trio, centred and named for guitarist-frontman JD Simo, I found they’d toured with the likes of the Allman Brothers, Deep Purple and Joe Bonamassa, so I’m not surprised to find that I got right into what SIMO was doing.

The music is along the lines of those aforementioned bands, being bluesy, funky, cruisy and a bit psychedelic too. The guitars are a pleasure and the grooving beats are instantly enjoyable. From the slow build of opener Return, to the funky chicken-peck guitar of People Say, the rollicking instrumental funk of The Climb, to the epic blues of

Light The Candle, this album’s got plenty to enjoy.

The pace is changed up for a few sultry numbers like I Want Love and acoustic The Light, before the whole thing wraps with a massive 13-minute epic I Pray, which is a great social commentary on everything going on in the world right now, sans all the right proselytising and leftist populism. For a cynic like me, this brings everything together beautifully!

On top of great tunes and subject matter, the feel of the album is raw and vintage, with a real ballsy sound, rich and warm with oodles of tone. The virtuosic guitar interludes are accompanied by solid drums and bass, and solid rock vocals. This is the kind of album that packs in the appeal for musos as well as having plenty for a casual listener too. Fans of ’70s blues rock, a la Allman Brothers, Hendrix, Deep Purple, even Creedence, will love this!

I’ve had a ball listening to SIMO for weeks now in the car, in the house, and anywhere. Great stuff… now, to check out their back catalogue!

SIMO is an American rock band which formed in Nashville, TN. The group is notable for having virtuoso guitarist JD Simo as the centerpiece and namesake. A psychedelic soul modern rock band that also incorporates extended improvisation into its live sets, the group consists of JD Simo (guitar, vocals), Adam Abrashoff (drums), and Elad Shapiro (bass, backing vocals).