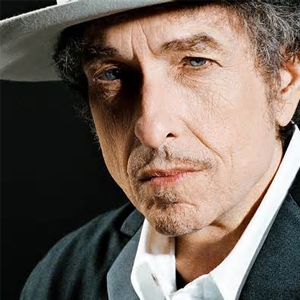 It’s not just the times that are a-changing. Things have Changed. Bob Dylan is back on stage in Adelaide and his opening song, Academy Award winning theme tune to the 2000 film Wonder Boys, tells us – “People are crazy, times are strange/I’m locked in tight , I’m outta range/ I used to care but things have changed.” Except, with Bob, the more things change, the more they also stay the same.

He’s been locked in tight for a long time now. The so-called Never Ending Tour (a tag he himself ridicules) began in 1988 and notched up 2000 concerts by 2007. Seven years, and hundreds of performances further on, and Dylan is now 73 and still on the road. Still hidden in plain sight, still that Alias character from Sam Peckinpah’s western, Pat Garrett and Billy the Kid.

Dressed in a broad brimmed hat and black and grey patched suit Dylan has become the song and dance man he once whimsically called himself. The songs are drawn from the deepest wells in popular music. And the dance, well, he’s got some moves, you might call them a sardonic, slow jive.

Dylan doesn’t play guitar nowadays, instead it’s piano, not that tinny electric from last tour, but a half size grand. Or else he stands at the microphone and croons wolfishly, biting at the lyrics here, gliding lightly through the octave there. His voice is gravelly, sometimes it sounds utterly shredded, but often he moves it with startling invention and with such emotive phrasing that you have to catch your breath.

The set continues with “She Belongs to Me” – from Bringing it All Back Home, 1965- transition folk rock: Highway 61 to arrive in a few months and the thin wild mercury sound of Blonde on Blonde the following year. The band is relaxed – bassist Tony Garnier is settling back. Dylan’s longtime MD, he doesn’t have to explain the ways of God to the other musicians any more. On this year’s tour the set list is tight and relatively unvarying. The band is well-rehearsed. No more having to guess which song Bob has launched himself into, re-engineering the tempo and the intro.

“She’s got everything she needs, she’s an artist, she don’t look back.” Charlie Sexton is playing some sweet phrases on lead, but it is Dylan’s haunting harmonica, clarion from another century, which reminds us that it is not quite fifty years since many of us bought that album, and marvelled at “Mr Tambourine Man” and “Maggie’s Farm”, and even more at “Gates of Eden”.

After “Beyond Here Lies Nothing”, it is on “Workingman Blues #2” where things really start to lift. Dylan’s voice is surer and the latter day, hard-luck lyrics have a post-GFC edge to them. He’s standing at the mic – in fact there is a cluster of four of them, designed, you start to think, to obscure Dylan’s face; like the strange, shadowy stage lighting which was intriguing for those us in the front rows, but baffling, and at times frustrating, to some of my friends seated much further back. But that’s Bob – locked in tight, outta range - hidden in plain sight.

The little-known “Waiting for You”, another movie soundtrack song, gets the cowboy waltz treatment. Donnie Herron on pedal steel, Bob on piano – it is the first of several wistful ballads. The mood changes with the jaunty “Duquesne Whistle” and the mephistophelean “Pay in Blood”, both from last year’s Tempest album.

The first half closes strongly – with a slowed down, expertly phrased reading of “Tangled Up in Blue”, the band playing melody with an almost modal insistence, Bob adding more heraldic harmonica, to be followed by “Love Sick”, his bitter blues. Sexton supplies the keening lead, while the excellent Stu Kimball’s rhythm guitar has a relentless dread to it. This is from Dylan’s late masterpiece – Time Out of Mind, shades of W.B.Yeats’s Last Poems: The Circus Animals’ Desertion, Crazy Jane on the Mountain and Why Should Not Old Men Be Mad?

“High Water (for Charley Patton)” opens the second half. Featuring Donnie Herron on banjo – alas, volume not high enough in the often bass heavy mix. Dylan makes the lyrics echo with prophetic import, just like it is so easily done, out on Highway 61.

Returning to Blood on the Tracks for a deftly simple twist on “A Simple Twist of Fate” again he adds crooning harmonica highlights. The band regroups for a thumping version of “Early Roman Kings” – Early Roman Hoochie Coochie Men, more like. Listen to Kimball’s driving chords, George Recile’s dead-arm drum and Bob barrel-housing the piano, it is drawn from the clear springs of Muddy Waters, and is a reminder that Dylan has always played great blues.

With the sprightly string band melody of “Spirit on the Water” Bob tells us we can have a very good time and with the creepy ballad, “Scarlet Town” and its grimly hypnotic banjo riff, he reminds us that the world is also too much with us - and it doesn’t wish us well.

Perhaps though, it is the melancholy of regret that falls most heavily on the night. In “Forgetful Heart” (why can’t we love like we did before?) Dylan takes the schmaltz of a cowboy ballad and, accompanied by Herron’s mournful violin, turns it into something far less generic. Instead it sounds heartfelt, personal, as if he is running out of aliases, and certainly running out of time.

It is the same with his closing song, again from Tempest, the slow strummed, half-crooned, half-spoken “Long and Wasted Years”. “For one brief time,” he dreamily recalls, “I was the bang for you. Maybe it’s the same for me as it is for you.” Sexton plays his trickle-down riff over and over as Dylan, still masked by shadows and microphones, delivers like a disembodied voice on late night country radio – “so many tears, so many long and wasted years.”

The encores follow briskly. “All Along the Watchtower” – Businessmen they drink my wine, ploughmen dig my earth - has long been his anthem, gloriously reframed by Jimi Hendrix, but long since reclaimed by Dylan and his band - with its rousing guitars, paused for Sexton’s duet with Dylan’s rhythmic piano, before Recile’s drums roar back into urgent warning –“outside in the distance a wildcat did growl /Two riders were approaching, and the wind began to howl.”

As for the whole tour, “Watchtower” is twinned with “Blowin’ in the Wind”, Dylan at the piano, his weary vocals turning the earnest exhortations of his most famous protest song into perplexed questions that seem lost in time and context. Things have changed. Without the guitar, Bob Dylan is no longer the folk troubadour. Now he’s the Lonesome Hobo, the Wicked Messenger, the Jokerman – take your pick.

For his loyal audience, ageing with him, he is a Beckettian figure of rebuke. Alone and remote in his eccentricity and his undoubted genius, he has long told us he is not the one we want or need. Yet we still yearn for his approval, his benediction. People ask – did he speak to the audience? What performer, after all, does not warmly acknowledge his or her fans, admirers, cult followers? But of course he didn’t speak, except to announce the interval. Mr Godot is not coming today or any other. In his concert, with a masterful band, Mr Dylan has given a great deal of himself, but, as always, he is hidden in plain sight. He’s locked in tight. Things have changed. And nothing has changed at all.