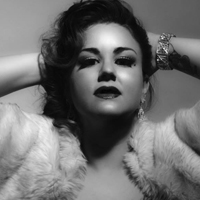 While many visitors view Canberra as simply the destination to make their once in a lifetime, obligatory good citizen’s pilgrimage to Parliament House, the Capital is actually making some impressive inroads on the nightlife front.

A stand out in this regard would have to be the ACT’s thriving burlesque scene, with Miss Kitka’s House of Burlesque school undoubtedly the Queen Bee of this hive of activity.

Kicking off this night of nights with some bawdy stand up comedy by the Stone Cold Fox, we were then introduced to 2012’s Kitten of the Year, Sugar Starr. Dressed as her idol, Marilyn Monroe, she looked every bit the part in her dazzling, diamond dripping ensemble as she introduced this year’s eager contenders.

As is the tradition with this event, the first routine of the night was a campy lip synced number with the Kittens draping themselves over one of the three male performers, Midnight Rain, while he crooned Neil Sedaka’s Calendar Girl. The month-themed costumes were delightful, showcasing the endlessly creative talents of the cast.

With some apparent issues around securing a host this year, a ring-in named Stella found herself in the top job at the last minute. She eased into the role remarkably quickly and, despite relying heavily on a script and being a little overly antagonistic, her wry and quirky humour found her a pretty decent rapport with the audience before commencing the competition.

First up was Garnet Martini, a first time entrant to Kitten of the Year, with her tribute to Ann Corio – an American burlesque dancer from the 1920s. Replicating her Jungle Siren routine, Garnet Martini enticed the audience with a little arm and leg from behind the curtain before gracing the stage for a fan dance. While gleefully plucking the leaves from her costume, the radiant smile on her face remained in place for the duration of her short but sweet performance.

Next was Arachne Phobia paying tribute to the curvaceous 1950s starlet, Betty ‘blue eyes’ Howard. A particularly sultry routine, Arachne Phobia oozed va va voom and was commanding of the audience as she sauntered the stage. She concluded with one hell of a butt shimmy, unearthing some gorgeous blue pasties in the reveal.

After a bit of a music mishap, Sugar Starr and Sassy Rose made a guest appearance with a rendition of A Little Girl from Little Rock – originally performed by Marilyn Monroe and Jane Russell from Gentleman Prefer Blondes. It was worth the wait. They looked superb in their red sequined gowns, and furiously channelled their inner stage sirens to produce a class act that was a real crowd pleaser.

Dita Von Teese lookalike Bo Peep then paid her respects to Arlene Dupree, a performer who had a history of being censored on a number of occasions in her day. It was an appropriately vampy tribute, with some impressively executed bumps and grinds to finish off her sultry act.

Bo Peep was followed by Kitty White’s ode to Dorian Dennis – an entertainer from Brooklyn, New York who was taken by breast cancer in her late forties.  This was a slow and steady striptease with glamorous costuming, and Kitty White gave a solid and self-assured performance.

Kitten of the Year veteran, Crème de la Crop paid tribute to Jean Idelle, an African American dancer who excelled in burlesque at a time of segregation and who is still alive today. Crème de la Crop chose one of Ms Idelle’s tango inspired fan dance routines, donning a sparkling gold frock and a confident beam on her face. She proved to be quite the mistress of the sleight of hand with her fans, and the build up in her routine was magnificent.

The second of the male performers, Chocolatta, cut in next for a Gerry Lewis inspired skit – looking sharp in his Heathcliff inspired get up and giving the audience something a bit different for the interlude.

A highly confident performer, Mandy Bandersnatch chose Val de Val as her vintage burlesque tribute this year and looked pretty in pink as she shimmied her way through with every ounce of her being. Very much a showgirl style routine, she had the requisite spunk and stage presence in spades.

Winner of the Audience Choice award for 2012, Harley Quinn, was back this year with another unique choice in 1930s nudist colony attraction star Zorine ‘Queen of the Nudists’. Harley Quinn replicated Queen Zorine’s gorilla routine that went on to inspire the movie King Kong, involving a gorilla courting Zorine and cramming a banana down her throat. The banana pasties for both Harley Quinn and the gorilla were adorable and the act itself was a real hoot.

Kitten of the Year darling, Poppy Button also thought outside the box with her tribute to Corky. Poppy Button was a comic delight as the sassy, squealing, gum-chewing broad and did an amazing job with her ‘aw jeez’ Brooklynesque accent.  She’s a natural and charismatic performer, and was a real stand out of the evening.

Last but not least was ‘pocket rocket’ Gerri Canns, with her hot, hot, hot tribute to Irish/Cherokee performer, Princess DoMay. With permission from the United Cherokee Foundation, Gerri Canns completely smashed her spicy routine featuring The Doors Waiting for the Sun as backing music.  She looked stunning in her Native American headdress and went out with a bang by bathing in glitter.

For those that missed last year’s contest, we also got the chance to see the reason why Sugar Starr was crowned Kitten of the Year in 2012. Performing her achingly beautiful and sensual Bearded Lady routine that wowed the judges back then, she went on to also capture the hearts of this year’s audience. Her costuming was exquisite and the choreography simply captivating.

Another favourite tradition of Kitten of the Year is the charming Danke Shoen showgirl number, complete with ostrich feathers and gleaming smiles, and the show producers did not disappoint in this respect. Adding in a raffle draw in which one of the prizes was a male performer giving a balloon pop chair dance to the unsuspecting winner to the Village People’s Macho Man, it was then time for the much anticipated awards to be handed out by Sugar Starr.

This 2013 Kitten of the Year winner was Gerri Canns with her outstanding Princess DoMay tribute, with Crème de la Crop taking out the Audience Choice with her accomplished Jean Idelle routine. Both ladies were rendered speechless, and the tears flowed as the news of the reward for their many months of hard work sunk in. The evening ended with the whole cast on stage to perform chair dances on their loved ones with Bumps and Grinds, and they all looked like they were having a blast.

I must say I was relieved that Kitten of the Year featured just one show instead of two this year. Usually if you go on the Saturday you miss out on the awards night that occurs on the Sunday and I’m sure performing all weekend takes its toll on the performers too. Although it’s a fairly long show at just over three hours, time flies when you’re having fun and there was thankfully only one twenty minute break to ensure the night didn’t drag on.

Overall, it’s a guaranteed fun night out with an abundance of fresh, emerging and established talent on offer. Sure, it was slightly disorganised at times, but given that this production runs on just the smell of an oily rag and the passion of those involved, I think the quality is quite impressive indeed. Like Parliament House, seeing Kitten of the Year is a must at least once in your lifetime.