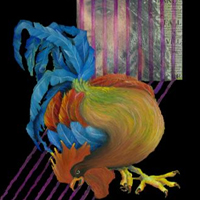 Often good books (or plays) do not translate well into film, and Closet Land is an example of the reverse.  I confess to not having ever seen the 1991 independent cult film of the same name written and directed by Radha Bharadwaj which starred Madeleine Stowe and Alan Rickman.  Produced by no less than Ron Howard and with music by the legendary composer Philip Glass I imagine that it had something special to offer.  However, the play adaptation does not.

The story line is promising.  A children’s author is snatched in the middle of the night by an official of a police state and is secreted away to an unknown location where she is systematically tortured in a vain attempt to extract a confession of sedition.  He believes that her latest book is a thinly veiled allegorical attack on the state.  As he degrades her with each physical assault we learn that she was a victim of sexual abuse as a child and that her inquisitor was the perpetrator.  His possession and humiliation of her is bordering on complete, but her indomitability ultimately defeats him, which seems incongruous and perhaps a weakness in the overall plot.

The plot can be considered on a number of levels: male domination of women; political torture; censorship; rape; regimes preserving themselves at all costs.  All these things were topical when the film was first conceived, and they still are. Man’s inhumanity to man is a constant it seems.

The script is over written, and with only a cast of two, the playwright needs to take great care to create text that allows the actors to nuance the characters.  The text spoken by the girl in response to the barrage from the inquisitor is too controlled, precise and bordering on erudite.  In the context of extreme torture it is more likely that self-control would be sorely tested, and if physically unstrained, as she often was in this production, she would surely lash out rather than ‘grin and bear it’.  The torturer’s role was complex as he created a range of different characters to confuse and unsettle the blind folded girl.  The success of this required the actor playing the torturer to be able to create different and contrasting voices and accents.

Melissa Rayner worked hard to breathe believability into the role of the victim, but she was not able to fully overcome the constraints of her very limited stage experience.  Debut director Olivia Jane Parker would have done well to inject much more physicality into the role of the girl.  Benjamin Orchard played the role of the torturer with significant and chilling menace, but his ill-fitting costume and poorly applied makeup detracted from his over all performance.  The pace at which he was directed to play the interrogation was unrelentingly monotonous.  There was little light and shade.

The set was minimalist, and effective.  It comprised a small circular raised platform on which the victim and her inquisitor were mostly located, and a trifold screen on which was painted an abstract design symbolic of a tortured mind.  It was well lit by Stephen Dean.  At various times images were projected onto the screen to underline key aspects of the plot:  illustrations from the victim’s clearly un-seditious children’s books; the victim retreating into her own mental fantasy world to help her resist her interrogator; and her ultimate victory.  The footage might have been better blended into the action of the play rather than have everything stop for it.

Overall this was perhaps an overly ambitious production for a fledgling production company which would have benefitted from some significant workshopping.

When: 27 to 30 Nov
Where: The Bakehouse Theatre
Bookings: trybooking.com