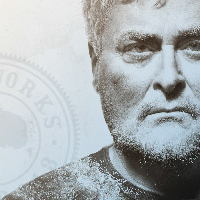 In 2012 alone, more than 1300 people died as a result of a fatality on Australia’s roads. Driving down any main road in Australia you are therefore very likely to have come across a roadside memorial, marking the place where a family has lost one of their own in unexpected and tragic circumstances.

The tributes, messages and celebrations of major life milestones that never were signify the infinite void left by a person gone before their time. It’s hard to imagine what it must be like for a family to experience that kind of trauma and loss if you’ve never lived through it yourself, however, Tim Winton’s Shrine comes about as close as you would like to get.

Adam and Mary Mansfield (John Howard and Sarah McNeill) are still reeling from the loss of their son Jack (Paul Ashcroft) to a car crash one year ago, as he and his two school mates drove from the family beach house on the south coast of Western Australia to Perth. The Mansfields know the basic facts about the accident, but at the same time feel there is much that is not being said by the two survivors.

With their grief tearing the marriage apart, Adam is spending most of his time alone down at the beach house and Jack’s roadside shrine nearby. Tended to by Jack’s friends, the shrine is both a comfort and a source of rage for Adam, who feels the tacky offerings do not do his son’s memory justice.

One evening a young woman, a former employee at his vineyard, arrives at Adam’s property with information about the events leading up to Jack’s accident that finally pulls the fragmented pieces together and gives him the closure he and his wife desperately need.

It is one thing to watch a play and relate to the content, but Tim Winton’s writing seems to strike a profoundly deep chord with Australian audiences – they don’t just recognise it, they know it.

So much of what represents Australia in the arts is done through satire or caricature, like an embarrassed explanation of who we are as a people. Winton on the other hand plumbs the depths of our collective character and offers a refreshingly unapologetic perspective of Australian life that withholds the usual judgements.

With such familiar content, it was so much more thrilling to see this intimate cast bring the story to life.  Each displayed an honest, down to earth quality and did the work justice.

John Howard, the quintessential Australian actor, was the perfect candidate for the role of Adam and brought with him the gravity of experience that anchored his fellow performers. His portrayal of the grieving father lent an understated quality that allowed the character to breathe.

Sarah McNeill as Mary came across as somewhat stiff in the opening scenes, even taking into account her character’s experience. However, this abated as McNeill eased into role and she eventually came to unleash the most heart-wrenchingly sad and tender moments of the play in the latter half of the production.

Whitney Richards as the lovesick local girl, June Fenton, was endearing. In a central role that wove the story together, Richards rose to the challenge and delivered a strong and consistent performance with all the sweetness and vulnerability her part required. She went head to head with the formidable Howard courageously, but it was her chemistry with Paul Ashcroft that was most moving.

Ashcroft as the equally sweet Jack really bared all for this role, matching Richards in his sincerity. The inherent goodness he portrayed made the promise of the man Jack never became, and the hanging question of the romance he and June never had, all the more devastating.

Will McNeill and Luke McMahon as the snotty private school boys and crash survivors, Ben and Will, bravely and authentically explored the darker side of Australian society, expressing itself in this instance as ignorant and arrogant classism.

An overwhelming visceral experience (thanks to the creative talents of Trent Suidgeest and Ben Collins), much of the play takes place during a quiet evening near the seaside. One was entirely transported through the sounds of waves gently crashing, the soft green lights representing phosphorescence and the extraordinarily versatile design of the rugged coastal setting roughly encircled by the froth of the ocean.

However, one of the striking features of Shrine was the symbolic use of Jack’s scattered car parts as props, where his car roof became a surfboard and his backseat a lounge chair – haunting the stage with a persistent reminder of his inevitable fate.

Shrine looks beyond the superficial representations of road accidents we see as anonymous bystanders, bringing to vivid life the humanity of those lost in such circumstances and the gaping hole they leave behind. It’s a magnificent piece of Australian theatre that, as with Winton’s other works, really gets to the heart of the matter.