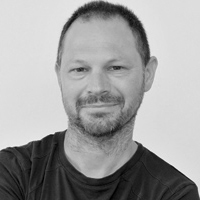 Iconic 80’s electro-pop band Pseudo Echo kicked off their Australian tour this month, to coincide with the band’s 30th anniversary, as well as the release of their new single – Suddenly Silently.

The Barefoot Review’s Deborah Hawke paid a visit to Funky Town to speak with Pseudo Echo front man and co-founder, Brian Canham, about the new appreciation for 80’s music and how the tour’s going so far…