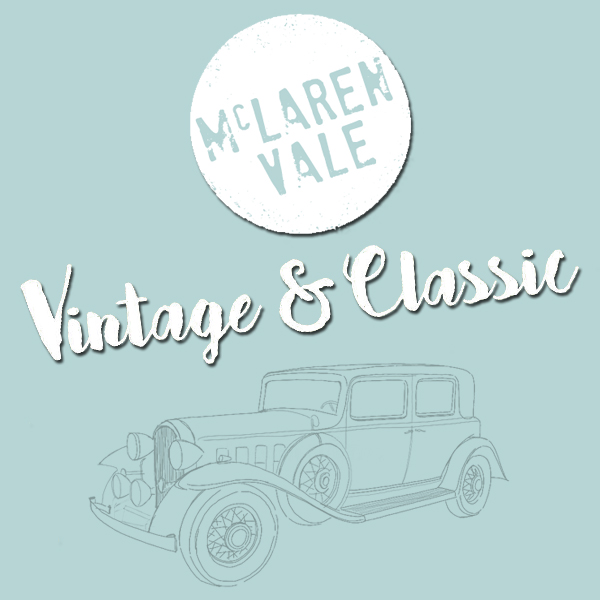 The pairing of an alcoholic beverage and motoring seems somewhat unusual, particularly given the efforts of the Motor Accident Commission! However, despite how unlikely it may seem, the McLaren Vale wine region has had great success in teaming up with the Adelaide motoring community to produce a sensational event that celebrates the best of both types of ‘vintage’! The McLaren Vale Vintage & Classic is a motoring event that showcases the regions wineries and the cities car clubs in beautiful harmony with a real grass-roots flavour, having the individual clubs and cellar doors at the centre of the celebration.

This year’s event took place on a day of particular importance for me, since it was my birthday, but the pull of the event was enough to make me get out of bed early and drive my classic Chrysler down south for a day of motoring fun! Like many of the participating car clubs, my Chrysler Car Club of SA have a pre-meet in a specified location in McLaren Vale before the day begins, and then cruise together to Serafino Wines’ ample acreage to join the rest of the South Australian Motoring community.

All of the cars lined up in their various club allegiances make for a pretty spectacular start to the day. Drivers then have a chance to grab a bit of brekky and chat to fellow motorists and motoring fans, with plenty of new friendships kindled whilst strolling amongst the shining metal. It’s a unique event, as pretty much anything can take part, from really ancient vintage vehicles that would have been vying for road space with horse-and-carts, to classy British and European exotica, or American muscle, to Aussie classics or unusual and eccentric moderns – and everything in between. It’s rare to see such a wide variety of cars lined up and being friendly with each other, which adds to the excellent community feel of the event. Best of all, it’s a mandate of the event that all vehicles are driven, so there are no trailer queens here!

Following a few hours in the paddock, official proceedings begin with a parade down Main Street McLaren Vale, where loads of people line the streets to catch a glimpse of the amazing machines as they cruise by. Old and young alike, locals and folks down from the city gather and wave, with the kids getting particularly excited as I tooted my air horns (as if my bright orange car wasn’t attention-seeking enough!).

At the end of the parade, the clubs all split up and embark on a pre-determined mini-cruise, which allows traffic to flow well and ensures that the parade goes off without a hitch. Each club ultimately ends up at a winery, with most cellar doors playing host to one or two car clubs. This year, we ended up at Angoves, where we set up a little display in the grounds by the cellar door, and were able to participate in the other aspects of the day including tasting a few of the Vale’s finest offerings!

The pairing of classic cars and wine is definitely a fine match, allowing for a real celebration of these two cultures that have more in common than one may think! The whole event ran smoothly with a peaceful day enjoyed by all! We even got to have a bit of cake to celebrate my latest journey around the sun!

If you haven’t had a chance to see this event yet, make sure you give it a go next year, and wave to the ’70s-looking curly-haired dude in a bright orange Chrysler!