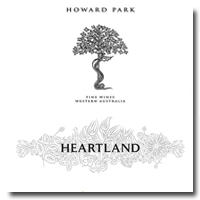 These two wines are both from Howard Park in Western Australia, both Shiraz, and both 2011 vintage. The difference being one is Howard Park ‘Scotsdale’ Great Southern Shiraz 2011, the other Howard Park ‘Leston’ Margaret River Shiraz 2011: In short south vs. north. Both are at a recommended retail of $46 and both have the pedigree to justify the pricing. It was interesting playing around with two fine examples of WA shiraz but in my mind without doubt the Leston won the day, so 94 points for it, with a couple more to come, and 93 for the Scotsdale, but I’m not sure it’s going as far.

Heartland Langhorne Creek Shiraz 2012 ($20) and Heartland ‘Director’s Cut’ Langhorne Creek Shiraz 2012 ($33): The reason these two Heartland wines are reviewed together is because, put simply, I rated the cheaper wine higher than the ‘Directors Cut.’ Returning to the wines to work out why, it’s not because of alcohol content (as both are high at 14.8%) but because the Cut was just too rich for me. It coated the mouth with ripe flavours and it dominated my taste buds rather than entertain and pleasure them. So, 93 points for the shiraz and 91 points for the Director’s Cut. I’m sure you will know where I would spend my money.