Adelaide vs The World – The Clash of the Comics 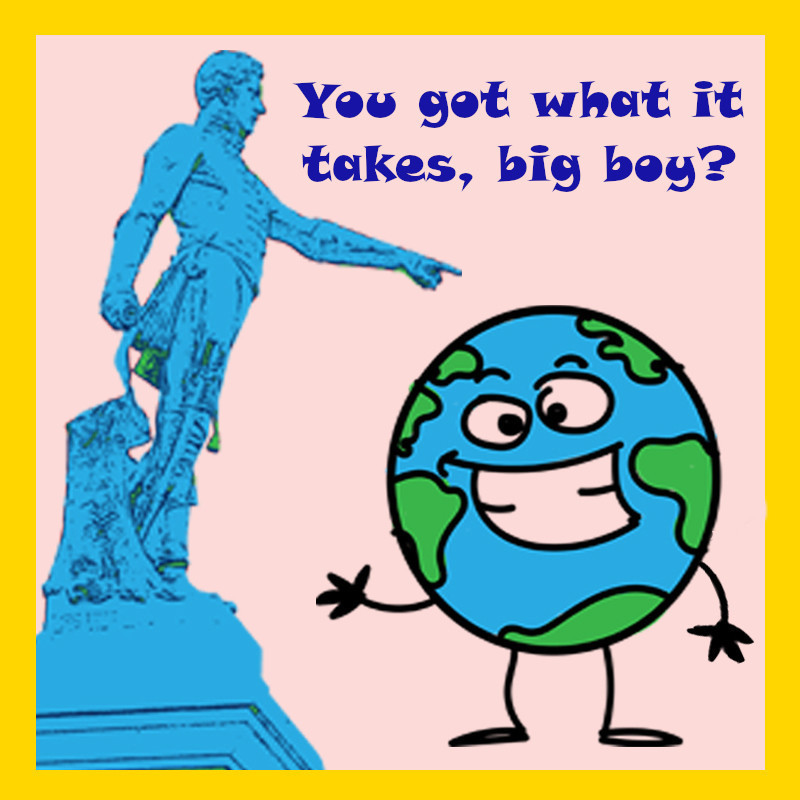 Producer and musically inclined comedian Derek Tickner has been an ambitious force of comic nature for the last three Fringes and in this new show brings together four of his amusing amigos for some fun and games. Adelaide vs The World is an impressive challenge, so how does it go? I thought the show might not even start when compere Eric Tinker (Tickner in batik) lost the blue clipboard that held the precious running sheets. I know it’s blue because he asked our help to find it. It was weird enough to be part of the act, like the absently left-on mic during Tinker’s timeout for a tinkle in the toilet.

The chaos and confusion never ended. This is what Fringe shows used to be like before all these slick, well organised and rehearsed professional acts with expertly trained talent took over. Maybe we need a Fringe of the Fringe…of the Fringe.

Based on a game show format with challenges and point scoring, comedians Rich Jay and Rishi Chadha represent Adelaide in head-to-head comic combat with Team World represented by multi-tasker Finn Saara Lamberg and American funny man Matt Eberhart. Tinker sat between the teams on his stool and squashed it (his joke, not mine).

The first challenge is for each comic to say three accomplishments and the other team to guess which statement is not true. Besides the humourous banter and the fact they kind of knew one another, this was a great way to foster some audience empathy. Another game guessing the city or country from a photo is entertaining, as was naming a song from only a few bars. Interspersed with the jovial repartee and the loudmouth scorekeeper were samples of stand-up by each contestant. Rich Jay had some very decent lines like “the Gold Coast is full of fake looks but real assholes.” Rishi Chadha focused on humourous reflections of his traditional Indian upbringing, while Saara Lamberg squeezed a few chuckles out of Finnish gloom (after all, they border Russia). Doing some filling in during the clipboard hunt, we aurally adduced she left her song skills in Helsinki. Matt Eberhart looking troppo in a pineapple print shirt employs a ukulele for some improvised songs which are catchy. MC Tinker chimed in with a bit of irony and droll takes, and kept the cats herded.

It is an evening of sustained shambolism, unsophistication and slapdash that at any moment seemed capable of tipping toward a rush downstairs for a beer, but lo, it didn’t, and the momentum miraculously never ceased. Underprepared and honest, it’s whacky enough to laugh out loud.

Where: The Sky Room at The Griffins