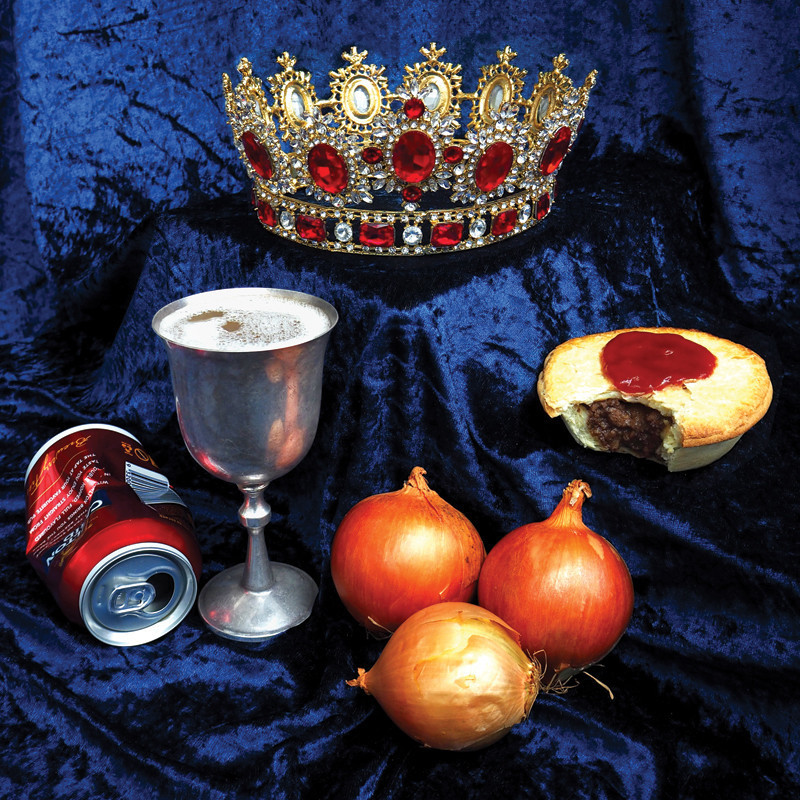 It is a light folly, this play by Neale Irwin.

It’s a send-up of the late King Leonard of Hutt and his famous micro-nation, Hutt River Province.  This king is King Henry and he reigns over the Kingdom of Hobbes. It is actually an onion farm and an onion flies proudly on the kingdom’s flag.

The plot revolves around Henry’s rancorous twin children, Hal (short for Henry) and Henrietta. The dog called Henry has died.

The King has summoned his children home in the name of royal succession. Not that the twins are too keen to inherit the throne. They have long been estranged and now thrown together in their father’s world they have gone into some sort of manic childhood regression of jealousy and bickering.

There is plenty of fuel for laughs in this plot-line and the production has its moments.

Oddly, it is Steven Nguyen as Kenny, the kingdom’s super servile and often officious multi-tasking factotum who steals the show. He embodies the kingdom's royal herald, border guard, policeman, tourism official, immigration officer and very loyal subject. Nguyen wins laughs with his good timing and careful underplay. Similarly, David Arcidiaco’s embodiment of Prince Hal is light and bright and he impresses as a very personable young actor. These performances are in dramatic contrast to both the slovenly King, played by Mick Young and his pregnant daughter played by Nicola Grant. They both over reach for the humour with excessive volume, something director James Harvey should reign in, so to speak.

The play moves along snappily on a minimalist set of milk crates with the horrible king humming about with a walking frame.

It’s is all a bit of cheerful Fringe nonsense and an excuse to spend a precious night in the soon to-be-no-more Bakehouse Theatre.