Roald Dahl and the Imagination Seekers 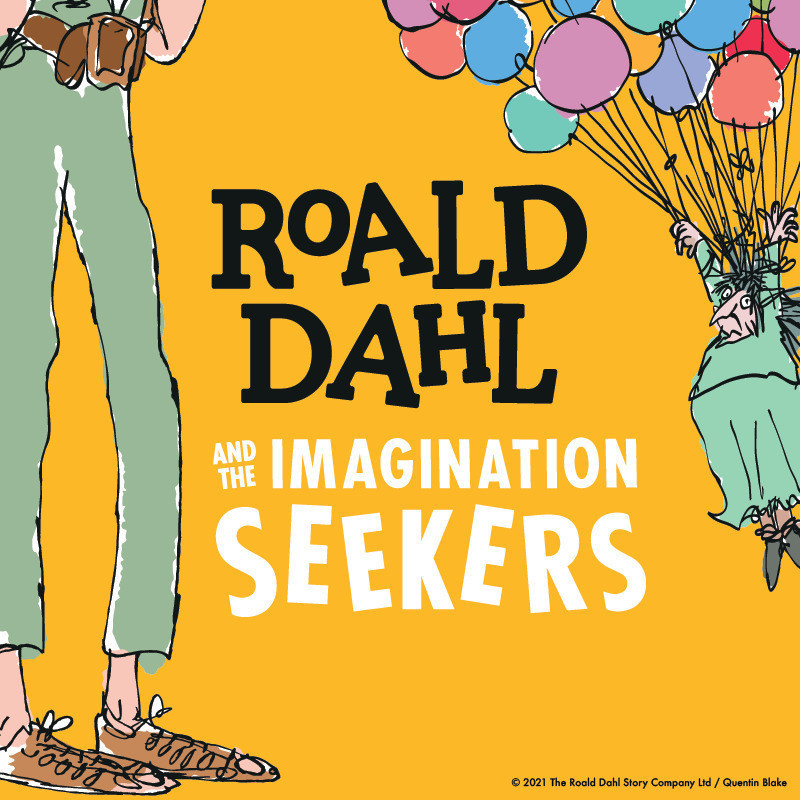 From way back when boomers were babies, to those born in the 20-teens, Roald Dahl books have featured on the bedside bookshelf - or, judging by the excited responses from the audience, in the toilet!

Nerine Skinner and Robbie Capaldi as Brenda and Terry respectively are members of The Ancient Guild of Tale Tenders. If you’ve read/seen Ray Bradbury’s Fahrenheit 451, you’ll get the gist of this literary preservation, although the Tale Tenders are not so dystopian. For them, forgetting is the danger. The Tenders must read the books daily, keeping them alive and on the page, preserving them for generations to come.

In this tale, Terry is the Tender and Brenda his assistant, and the books he must preserve are the works of Roald Dahl. Terry’s father and grandfather were Dahl tenders, and it would seem Terry has become, well, a little perfunctory with his charges, and not tending them as well as he should have. Challenged by Brenda to read a work, he eventually agrees with her that the Wurble Gobblers have infiltrated and taken the words off the pages while he wasn’t looking. The mission: get the words back so that children in the future can read the books!

This is a brilliantly interactive show, and the heart warmed that so many children in the audience were avid fans of books. On request, they screamed out their Dahl favourites, and so did their parents! The Twits was a big favourite and prompted an ‘ugly-off’, bringing the audience right into the action, facing each other and screaming wild insults – brilliant!

A bit of magic / sleight of hand is always welcome, and it was utilised here with notes in bottles, and words appearing and disappearing from pages. Most delightful was the improv scene created by the audience: for this performance Terry was in a boat on a red honey lake that was a hundred degrees and smelled of fairy floss!

The show obviously changes with each performance, such is the interactive nature of it, but one would hope that Terry’s “comfort song” is a constant – no spoilers here!

The venue is perhaps a little large for this production; a lot of room echo made it a little difficult to understand what was being said at times. But such are the skills of Skinner and Capaldi that it didn’t really matter; not much could have made this show any less enjoyable.

And what happens in the end? Well that would be telling, but we are left with a literary homily: A new word a day keeps the Wurble Gobblers at bay. And you can’t argue with that.

Where: The Flamingo, Gluttony