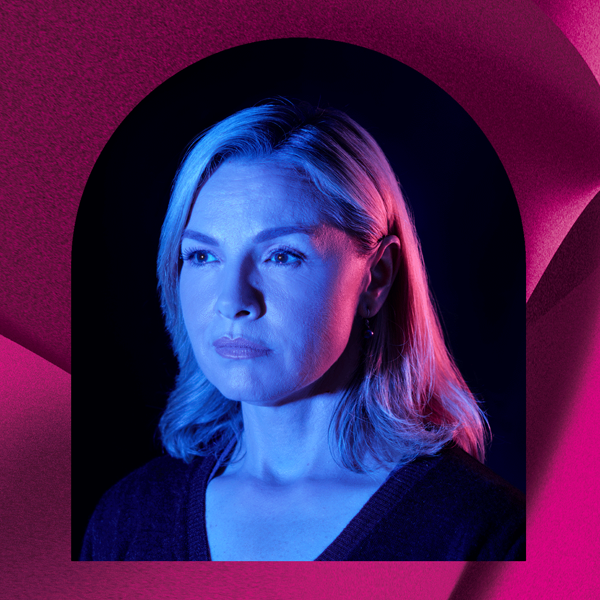 One thing playwright Dennis Kelly impressed upon director Mitchell Butel and the State Theatre team was that this play worked best if the audience was not forewarned about where it was heading.

Respecting his wish, this critic will try to refrain from spoilers.

Ironically, the first instinct of one who has just seen Girls & Boys is to erupt into discussion mode. One has emerged from the theatre feeling stunned and stricken. One wants to share.

This is an extraordinary work and with Butel directing the magnificent Justine Clarke, it sings tour de force in all directions. Let’s add the very pleasing aesthetic of Ailsa Paterson's design and Nigel Levings’s ever-apt lighting. The production is sleekly professional all round.

Clarke captivates her audience from the first word. She’s cheeky, provocative, and funny as she outlines meeting her husband, raising small children with eyes in the back of her head, juxtaposing her career and her husband's changing place in their world order. It’s a roller coaster, Clarke in torrents of dialogue, hilarious, smart and vivid and then, oh, so gripping.

As for the play’s curtain-drop final moment. Such a small thing. So simple. Such dramatic perfection. One of those indelible theatre moments!