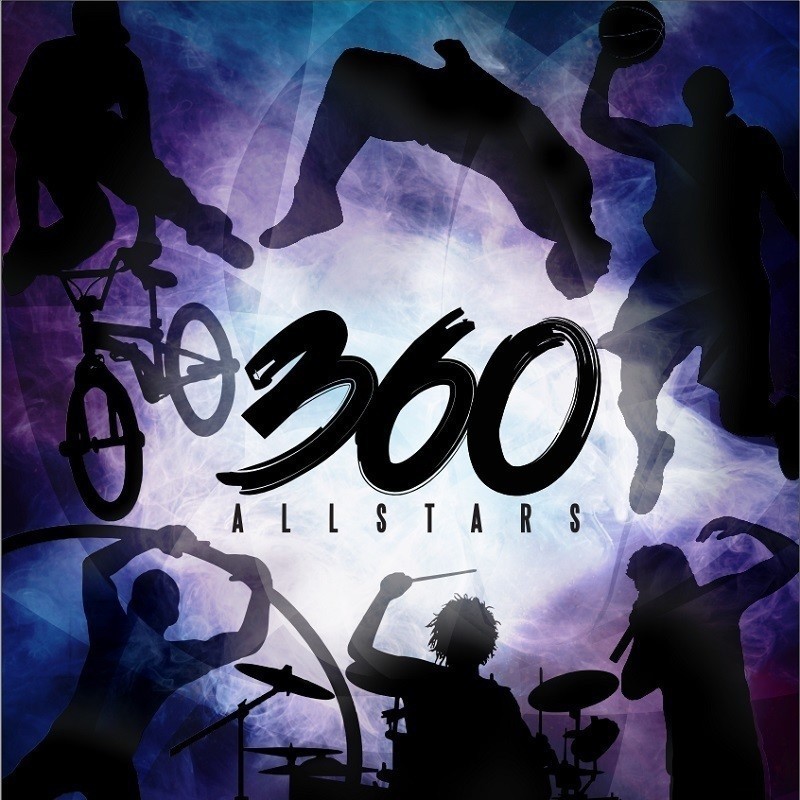 Circus is a broad church these days, and 360 Allstars occupies a niche that is ideally suited to millennials, with a nod to Gen Y. I add the latter, as the break-dancing, beat boxing, rapping performers seem to have centred themselves pretty firmly in the ‘nineties’ (as in last century). It’s nonetheless appealing, as breakdancing in particular has joined the lexicon of dance and is dangerously close to mainstream.

The urban circus has been touring for a number of years, and this iteration features a female MC and vocalist, Mirrah, who wastes no time in getting the crowd pumped from her riser above the action. It’s loud and it’s fast (which does provoke a bit of ear covering by younger members of the audience), and the back of stage screen introduces the players for today’s production.

Heru Anwari is the BMX Flatlander and he’s quick out of the blocks. He’s a three time Australian champion and spins around the stage area on his seat, on his bars, on his front and rear wheels. Unfortunately, as the stage doesn’t rise above the sight lines of the flat floor seating, a bit of this is missed, but those at the front seemed happy!

Director and drummer Gene Paterson is in and out the action – also on his own riser above the stage, he patters and raps and hypes the crowd.

Breakdancers B-Boy Fongo and B-Boy Sette strut their stuff; they’re good, they’re rhythmic and they come up with some great moves. Again though, ground moves like helicopter and spider were lost to most of the crowd, but the boys were clearly skilled and having fun with it! The headspins and handstand freezes were wild and later on the moon walk proved its evergreen ‘crowd favourite’ status.

Gene Peterson treated the crowd to a solo drum performance with a head-cam screening his moves onto the stage backscreen; the image appeared a bit low res but it was effective.

Highlights of the show are basketball free styler Bavo Delbeke and Daniel Price on Cyr wheel. Bavo, prompted by the crowd to press the Do Not Press button, starts off with one basketball and ends up juggling five, much to the delight of the younger audience, none of whom would have ever heard of the Harlem Globetrotters and their pioneering style. Pops, arm rolls, spinning, juggling – he had it all and was amazing to watch.

The relatively recent Cyr wheel is always a crowd pleaser, and this was no exception. Price had the gyroscopic 360 waltzing moving across the stage to the pulsating beat drawing excited oohs and ahs from the audience. Again, with moves such as the Coin, it was difficult to see as the spin flattened to ground level.

The ending seemed a little disjointed as performers moved in and out, and it appeared that the cupboard of tricks was a bit bare, but some great choreographed breaks from the boys kept it together. Given the high energy intricacy of many of the acts in 360 Allstars, better staging with good sightlines is essential. This was a five star performance in a three star setting.

Where: The Flamingo, Gluttony