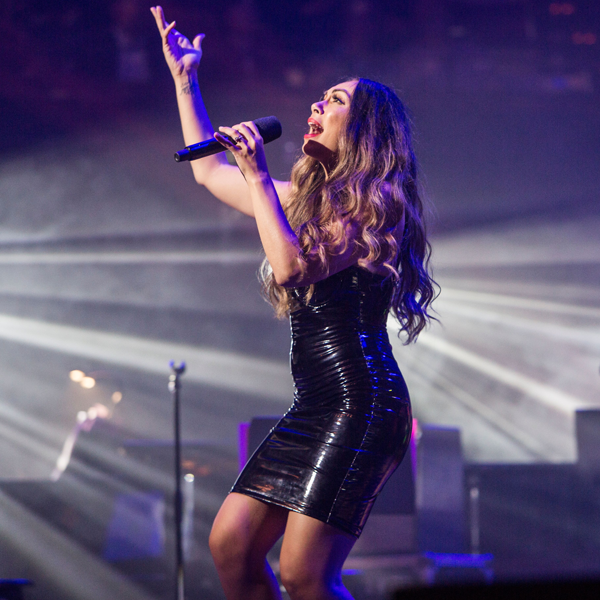 From the get go, you know you are in the presence of a trio of accomplished songstresses. These women aren’t just singin’, they’re livin’ these female anthems of celebration. Conceived and directed by Trevor Ashley, Australian drag queen and all-round fun guy performance artist with a Helpmann Award nomination, we are treated to panoply of legendary pop tunes sung and/or written by women, reimagined by three self-made women with rich and varied resumes.

Tania Doko, of Bachelor Girls fame, reminded me both of Tina Turner and Dolly Parton, even though their songs were absent. Her Divinyls’ I Touch Myself was performed with as much raunchiness as she dared. Stevie Nicks’ Sisters Are Doin’ It For Themselves was her personal favourite, but her Madonna song was relatively ordinary. Emma Pask was discovered by James Morrison when she was 16 and her career careens between jazz and Latin. She loves Latin so much she married one. Although her jazz and Latin renditions in this show weren’t particularly authentic, everything Pask does is impressive and powerful. Prinnie Stevens taps her cultural roots bigtime with a moving Billy Holiday number and by channeling Aretha Franklin’s Respect with singalong verisimilitude. But this is what you expect from someone who performed a slice of Michael Jackson in the tribute show Thriller Live. The best songs got the best out of each singer. The trio saved the eponymous number for last and although Helen Reddy’s hit got a lot of air play last year due to her passing, it’s as durable as gold and still rousing and relevant.

This is a much different show – a smaller show - than the six-singer version done in the Sydney Opera House in 2018, with a somewhat different song list, although the mainly female band is a constant. But even with half the body count, there must have been just as much energy and fun in the current offering as the audience loved it and begged an encore.