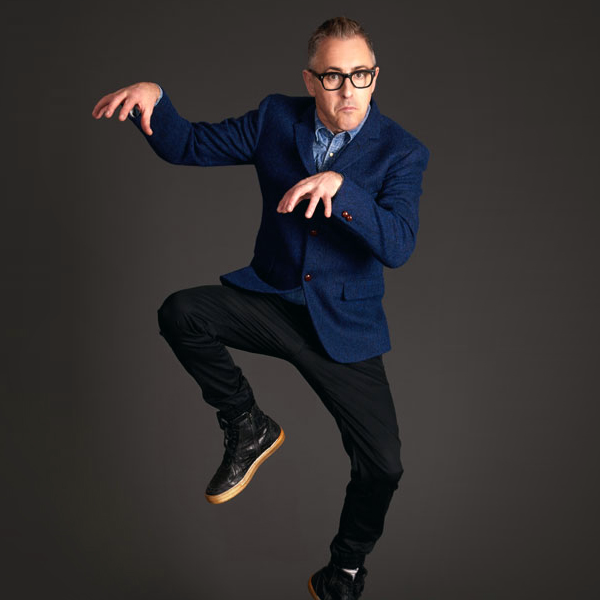 In his quirky short-pants suit, of which he is inordinately proud, he bounces out in big white sneakers bragging about having his clothes “tailored” and sets the spirit of the show. It is pretty much a brag-fest.  Being only Wiki-familiar with his extensive career one had looked forward to finding out what the acclaim was all about. What is revealed amounts to a couple of decent songs and a lot of vanity patter.

Cumming’s brags about his dancing skill and an important upcoming dance show, but this song-and-dance man does not dance for us. Instead he tells us how marvellous he is and how many big name stars think he is fabulous. He is Sean Connery’s "Little Prince", you know.

As one who lived and worked in the media in Scotland, it is wonderful to revel in the sweet comfort of his accent. But what was he saying? That he masturbates every day and recommends everyone else does, too?

The script for the monologue feels as if it were something knocked up after a few too many wines up in Quarantine. It is not a winner in style or content. It is delivered with a few songs and a lot of quaint fussing with the hair.  Cumming’s says he is trying to give it balance by talking about death. His touching account of the death of his dog is the high spot of the show.

But it’s all just a digression from the theme of what a big star he is. Oh yes, and he has a bar in New York City just around the corner from his home. He recommends having your own bar in NYC; a great place to take one’s guests and leave them when he is tired of them. Hilarious.

He has had more marriages and relationships than most. Gay and straight.  So many that he can’t remember. In fact, as he so delicately puts it, so many that he has been known to have difficulty recognising those who have had Alan Cumming’s penis inside them!

One can only ponder how that sort of braggadocio would go down if the performer was female, or even straight male…