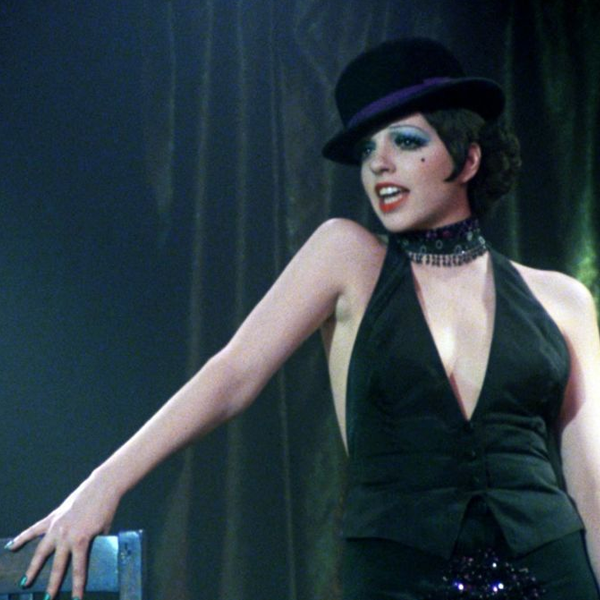 Liza, Michael, and Joel would be unimpressed that their world-famous Cabaret attracted only about 300 people in the 2000-seat Festival Theatre during the world-famous Adelaide Cabaret Festival. Unless you were always a fan of Kurt Weill and Bertolt Brecht, it was this movie that brought cabaret and its Weimar Republic treatment out of the shadows of nascent Nazis and chiaroscuro lighting. The movie is largely based on the 1966 Kander and Ebb Broadway musical, but there is much different in the sub-plots compared to the film. (Footnote: I saw an amateur production of the musical in Jerusalem in 2018. It was queer to see Jews playing the Nazis, as well as everything else.) The film won the most Academy awards ever, without winning Best Picture. Liza Minnelli got the Best Actress statue for her first singing role on screen and Joel Grey won Best Supporting Actor for his incredible Emcee. Joel Grey reprised the role he created on Broadway and his performance is as iconic as Tim Curry’s Dr Frank-N-Furter in The Rocky Horror Picture Show. You can’t imagine anyone doing it anyway different. Have a look at a recent picture of Joel Grey on Wikipedia – he looks like a very happy banker, now living out his 90s in Cleveland.

In the giant Festival Centre, the screen was not big, and the Adelaide Symphony Orchestra was not playing the score, so you get what you pay for ($25). What was more than I paid for was a jolly good introduction by Weimar cabaret specialist and Helpmann Award nominee Kim David Smith and his piano accompanist. Kim David Smith is also starring in his own Adelaide Cabaret Festival show, Mostly Marlene, direct from its world premiere in New York at guess where – Club Cumming. He bubbles like champagne just poured into a cold flute and mixes professional singing and personal comment miscibly like tonic and gin. Bravo!

Liza Minnelli plays the volatile showgirl, Sally Bowles, dreaming of her big break, against Michael York’s intellectual plodder. They are exact opposites in Myers-Briggs Type Indicator code, Sally’s ESFP vs Brian Roberts’s INTJ. Thrilling and exciting in the short term (ie, the course of the movie) but can’t last (ie the end of the movie). Director Bob Fosse loved close-ups and the camera loves Liza. Not nearly as appealing in the close-up department was Joel Grey’s gaping yap filled with yellow teeth. Michael York was a boring actor playing a boring character, so no Academy Award for him. Most of his career was yet to happen and he is now an OBE.

The film is 50 years old next year and Liza is 76. If you missed this screening, I’m sure you’ll see Cabaret somewhere next year, and it’s worth every minute, because you really do “leave your troubles outside.” “In here, life is beautiful.”