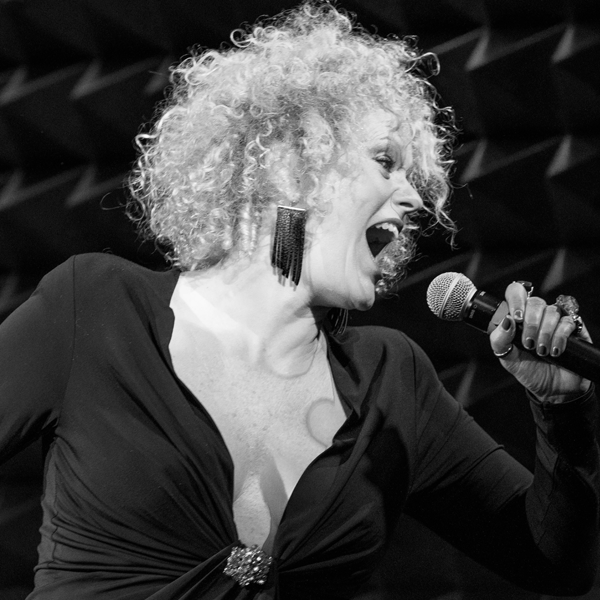 Welcome to the bathhouse! Through a steamy haze, three men wrapped in bath towels appear, and we’re off and running. The crowd whoops, the boys take their positions at piano (Henry Koperski), bass (Tim Wilsdon) and drums (Paul Butler) and the larger than life Amber Martin is onstage, ready to take us on a wild ride. And what a ride it is.

Martin is here to pay homage to Bette Midler, the Divine Miss M and those performances at the Continental Bathhouse in New York in those early days of the ‘seventies. The bathhouse regularly featured what was to become a veritable who’s who of the era - Gloria Gaynor, Manhattan Transfer, Glady Knight, The Pointer Sisters – and of course, accompanying Bette on the piano, Barry Manilow.

Opening with a robust rendition of Friends, Martin warns us that the show is going to get raunchy, and it’s no idle threat.

Martin tells us of her admiration for big, gutsy female singers; hardly surprising the way she belts it out herself (she performed Janis Jopling songs in Janis: Undead in ACF 2019). This all goes along with a Bette history, then she moves smoothly into one of Midler’s more passionate songs, Superstar.

Martin shows that she’s just as capable of the vocal dynamics that Midler is famous for, as she moves on to Hustler, which introduces us to the inevitable Mario and Lance, two hip swivelling young male dancers in short shorts and, oh yes, Docs.

Much of the material comes from Midler’s debut and sophomore albums, The Divine Miss M and the eponymous Bette Midler respectively. She unapologetically slips a couple more into the mix including a beautiful rendition of Tom Waits’ Martha (sung by Midler on SNL), beautifully accompanied by Henry Koperski (also Alan Cumming’s Musical Director).

And as for the raunchy warning, she isn’t kidding. Noting that Midler admired female artists from the twenties and thirties, like the great, bawdy Sophie Tucker, Martin is not backward in reeling off some of the bluer jokes in the repertoire. The fact that Martin is now quite naked, having just blasted us with Sweet Marijuana, only adds to the telling. And in extra homage to bawdy women, we are treated to Lucille Bogan’s Shave ‘em Dry – just wouldn’t get past the censor these days!

Amber Martin just doesn’t let up; she’s a powerhouse of energy and song, but the pleasure isn’t all ours. She pauses a moment to reflect on the year that has been; like many live artists, she hasn’t performed since March 2020, and it’s been hard. She misses the energy that she gets from an audience, and she thanks us for being there, and giving so freely. You’re welcome Amber.

The show closes with Dylan’s powerful I Shall Be Released; ‘awesome!’ says the women in front of me. Yes, just ‘divine’.

Where: The Famous Spiegeltent