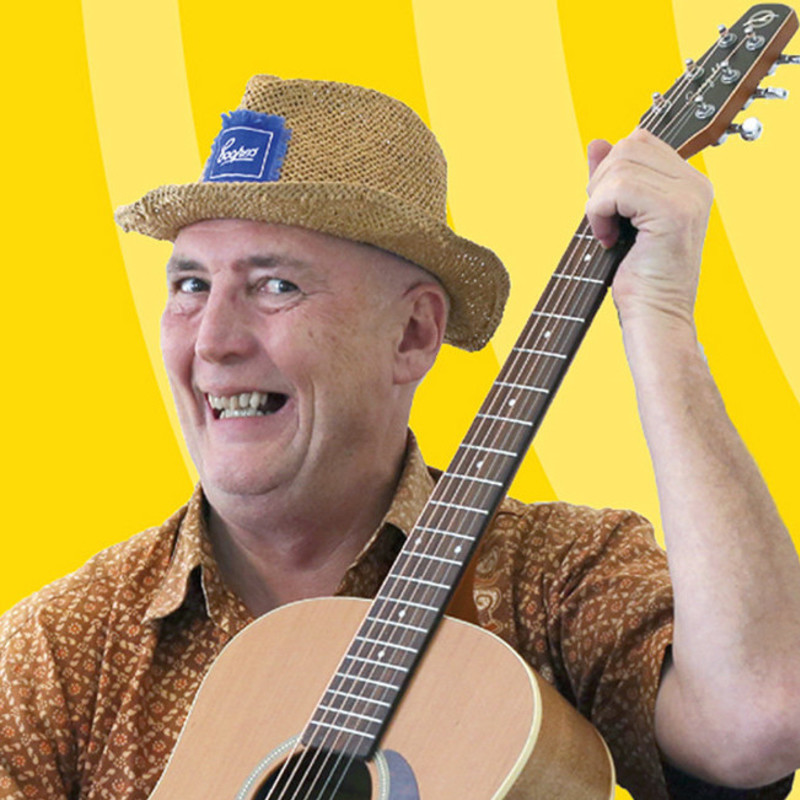 Each year that Eric Tinker does a Fringe show - this is his third – it gets better and better. Take for example, his decision this year to have guest artists. Brilliant!

Tinker’s own modus operandi is to smash together a few chords with a tale or double entrendre. He is neither your typical “How ya doin’ ” comic or strumming minstrel of amusing lyricism but some kind of home brew of originality. His observations on ontology are laughable, for sure. Tinker’s trademark guitar, tall stature, sout heast Asian shirts and baritone burble make him utterly distinguishable from everybody else doing comedy.

Tinker’s first guest from The Tangerines was chanteuse Rowey G. Her guitar playing style can best be described as caressing, and her voice is ethereal. One pleasantly drifted off with the fairies. Bravo! Next, Michael Connell is a sweet soul and juggles balls and jokes with aplomb. His contribution is a pleasant sampler of his Fringe show, Juggling vs Magic, in which magician Scott Stunz and he compete to be King of the Kids to avoid getting slimed as the loser. Through the year, he cheers up the kiddies at the hospital. The third guest, Courteny Lee, appeared in the now closed Fringe show called 500 Nights of Winter. She has a sort of folksy country style and her gentle voice contrasts with startlingly graphic goings on in her humorous lyrics.

Tinker’s performance ambitions are running ahead of his material and referring to his songs on a music-stand pulls focus away from the audience, and while he builds a great rapport with his audience, not all is forgiven. He should finish ‘em and learn ‘em.

Nonetheless, Tinker & guests mishmash is a delightful hour of entertainment and exchange with very friendly and genuine artists.

Where: The Griffins Hotel – The Sky Room