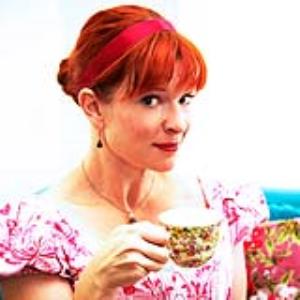 Live and direct from the Land of the Long White Cloud storms Penny Ashton and her musical mash-together of the Jane Austen cannon of romantic mannered novels. In this impossibly accomplished one-hander, Ashton invigorates her very own script with a panoply of personalities oozing idiosyncratic individualism. From the get-go, you realise Ashton is a person of exceptional comic talent - throwing away glances, gestures and asides with breathtaking pace. Boiling in layers of cotton in the dependable Adelaide Fringe heat, she prances through portions of ‘Pride And Prejudice’ and switches to ‘Sense And Sensibility’ seamlessly in a rather new narrative - although she claims to attempt a surprise ending, all's well that ends well in Austen fashion.

The mesmerising single-handed dialogues and thought bubbles are complemented by a few equally energetic songs of contextualised lyrics put to new instrumentation and recording - originating from the likes of Strauss and Beethoven and Bon Jovi - by a musical chum from Otago. A timid audience member even got an invitation to the ball scene. I also loved her observations on how many things haven't changed (for women) in 200 years and the use of local place names.

Ashton has already won Best Performance in a Comedy at the 2013 Auckland Fringe, and Best Female Solo Show at the Victoria, British Columbia, Fringe with this hit show. While some knowledge of the Austen oeuvre would be a pleasure-enhancer, you'll be absolutely enchanted and hilariously entertained without it. Double bravo!