Destroyer of the Worlds 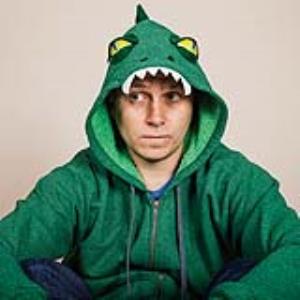 Sign of a fine writer is diversity, fearlessness and, in Caleb Lewis's case, perhaps one should add, shamelessness.

Lewis is celebrated for his play ‘Death in Bowengabbie’ which scored rave reviews at The Bakehouse last year. To the Fringe he brings a semi-autobiographical work which is so original and out-there that it has no peers or comparisons.

It is all about his breakup with girlfriend, Lauren. It is about how they meet, how he gets his first unsettling uncertainty about the relationship when choosing videos in a video library. She wanted ‘Ice Storm’ and he wanted ‘Godzilla’. The relationship went downhill from there and they had rows. They were not ordinary rows. Lewis employs no less an example of their conflagratory nature than Little Boy and Hiroshima. And there, corollary to the plot are the characters of Nakajima and Oppenheimer who are doing their own thing there on stage with Godzilla and bombs, life and death and all that.

Lewis, in welcoming the audience to the quaint but comfy little Cusack Theatre in Tuxedo Cat, warns that it is a preview and he might stop the show. So, when he stops actors Phil Spencer and Rebecca Mayo in the middle of a tense scene to make Bec play it again, and then play another scene, the audience initially assumes that it is indeed a preview. However, it is a scripted interruption and as the play progresses, the playwright's discontent with the way things are working out between the characters, they being he and his ex-girlfriend, becomes more exaggerated.

The actors start expressing concern about him and his unresolved issues with Lauren. The playwright is not only the subject of the play but a player in the play. Of course, he's very believable as himself - a rather manic self, too.

Spencer and Mayo carry the action and the script and the introduced characters of Nakajima and Oppenheimer on one hand and Caleb and Lauren on the other.  Spencer plays it rather over-confident and ho-hum since, he brags, he has been playing this part for ages. Mayo has to deliver it as an audition piece as well as the play she is in, since part of the playwright's mania is that he can't stop auditioning for the perfect Lauren. Yes, it is a play about unresolved issues.

There is one other character in this work. It's Lewis's mum, Gay. She appears on film being interviewed by Lewis as she cooks some sort of mince and potato bake at home. In episodic takes, interleaved with the drama on stage, Lewis asks her what she thought of Lauren when first she met her and what she thinks they would be doing now if they had not broken up... Gay, pausing at stirring the pot, spoon in hand, patiently gives a mother's caring responses. She adored Lauren. They may have had children by now...

Ever so subtly, Gay becomes the star of the show.

Of course, there is a dramatic denouement. No clues. It's worth popping along for this interesting Fringe oddity.