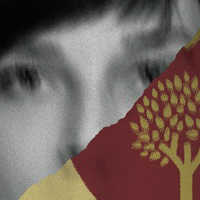 In many ways, Australia has made great progress in regards to sexual harassment and assault. We now have protection from sexual harassment under the 1984 Federal Sex Discrimination Act, and the state and Territory criminal justice system have done much to redefine the concept of rape and sexual consent in favour of victims. A lot of prevention work is being undertaken too, with programs targeted at both adolescents and adults to promote healthy and respectful intimate relationships.

What In Loco Parentis (‘in place of the parent’) explores is the blurring of these official lines when sexual crimes are committed in a tight-knit and somewhat closed community, where those in charge are more concerned about the protection of their reputation than the welfare of the victim.

The story is set within the fictional St Joseph’s College, a Catholic residential college at a university in Canberra that has only been co-ed for a few years and that still has an ingrained ‘boys club’ mentality. Central character Katy (Hannah Wood), a Senior Resident, has experienced her share of degradation at the hands of the male students at St Josephs during her time there. But when her former boyfriend Mitch (Dylan Van Den Berg), the popular College President, is accused of raping one of the ‘freshers’, Katy becomes a vigilante for her cause and fights to expose the culture of misogyny once and for all.

On one hand finding an ally in the university’s sexual assault officer, Jana (Catherine Crowley), and on the other facing stubborn resistance from the Head of St Joseph’s, Dr Bryce (Kate Blackhurst), Katy discovers how ineffectual justice is when those accused are shielded by the politics of privilege and self-interest.

A disturbingly accurate portrait of gender relations between young Australians, this is no sanitised, after school special-type production. The language emanating from the boys was realistic in its arrogant vileness and disrespect regarding their female counterparts, and the compliance on behalf of the girls in participating in the college’s derogatory rituals was heart breaking.

As a Catholic institution, the role of religion as both an alternative to justice and as a layer of confusion and guilt for women either exploring their sexuality or being sexually assaulted at St Joseph’s was also examined as a theme throughout.

Writer Helen Machalias, herself a former Senior Resident at a Sydney Catholic College, has excelled with In Loco Parentis. The intelligent, unapologetically confronting script features the intrigue of a tense political thriller, as well as complex, highly developed characters with believable stories and motivations. However, within this sophisticated storyline was also a whole lot of street cred, with Machalias staying true to the vernacular and the spirit of the subjects.

Wood, Van Den Berg, Crowley and Blackhurst were exhilarating in their respective and oppositional roles, fiercely going head to head with their conflicting agendas within the sorely dysfunctional microcosm. The chemistry between them was intense, and was progressively built and sustained until the bitter end. A notable technical commonality of all four performers was their strong and clear vocal projection, which really boosted the emotiveness of the production and gave their characters the authority required.

A highlight was the frantic phone conversations between the leads at the climax of the play, with some clever sound and lighting by Shoeb Ahmad and Gillian Schwab. This served to heighten the suspense, allowing various tellings and retellings of the events in question and creating some real heat between Wood and Van Den Berg.

Jake Brown, Mia Carr, Linda Chen, Lewis McDonald and Georgia Pelle as the ‘freshers’ were also very convincing in their supporting roles, giving the audience an authentic insight into college behaviours that are central to the discussions of the leading characters. If they felt any inhibitions or hints of self- consciousness with speaking the fruity language and engaging in such lewd behaviour, you would be none the wiser, with all five possessing the focus of samurai warriors.

Machalias has previously said that her intention in writing In Loco Parentis was to get people talking about the issues she raises. Judging by not only the discussions I had with people after the show, but also others I overheard on my way out, she has undoubtedly accomplished this. My hope is that it goes that little bit further towards chipping away at a culture that dehumanises young women and holds them in such appalling disregard.

When: 25 Oct to 2 Nov
Where: The Street Theatre
Bookings: thestreet.org.au