An Australian in Paris 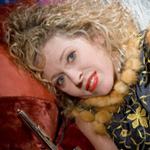 Sentiment about the old “city of love” is getting a bit tired and cliché nowadays, so it was with some cynicism that I went to see this show.  Having now been completely seduced by Jane Rutter’s flautistry and tales of artistic self-discovery, it seems that the sultry spirit of Paris can still permeate even those most resistant to its wiles given the right encouragement.

Accompanied by a splendid Dave Mibus on piano, Ms Rutter weaves original story-telling and cabaret with poetry, dance and timeless music from the ‘Belle Époque’ and beyond into an enchanting tapestry of her most formative experiences during her pilgrimage to the Conservatoire de Paris as a young music student.

However, this production is just as much an ode to those inspirational figures who have undertaken the Parisian endeavor before her, featuring snippets of the lives of cultural icons such as Gertrude Stein, Charles Baudelaire, Pablo Picasso, and Colette to name but a few. 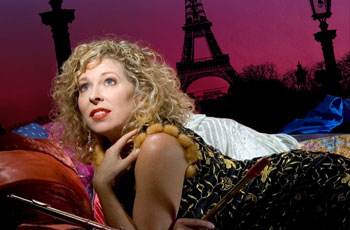 An accomplished musician trained in Paris by world-renown flautist Jean-Pierre Rampal and Alain Marion, Ms Rutter is a most passionate ambassador for her craft, throwing off the shackles of the classical genre and offering up boundless possibilities of what the instrument has to offer a wider audience.

Her mastery over her instruments was phenomenal, and even if she had not uttered a word, you would not have felt cheated - such was the expression and relish she played with and the connection she made with the audience. The full house at The Street Theatre was eating out of her hand by the end of the quirky little encore, and as one member of the audience confessed in the foyer after the show “I could have listened all night”.