Story: Once an icon always an icon 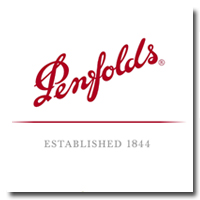 "Penfolds poisoned chalice leaves trail of corporate hangovers" was the headline of an article by Stephen Letts on the ABC website on May 29. It’s a twist I don’t agree with. The author looked at the history of Penfolds, citing the brand to be the poisoned chalice that somehow has been responsible for the demise of several corporates that have owned it.

Admittedly, Letts did say: "It's not due to the quality of the wines. Penfolds produces excellent drops."

However, the poisoned chalice statement took hold. I know this because I was approached for opinion by another reporter. Penfolds is no cup of poison; Penfolds is the Golden Fleece. The problem is more to do with the management of the companies that have held it within their portfolios.

Letts' article is based on the $3.1 billion bid from the private equity firm Kohlberg Kravis Roberts for the current Penfolds owner, Treasury Wine Estates. He then traces the ownership backwards through:

I can follow Letts' reasoning and the failure of the various companies that have owned the Penfolds brand. For me this highlights the future fate of the brand. It would be an idealistic thought, though unlikely, that it would go back into family hands.

As the past decade has demonstrated, the ups and downs of grape growing and winemaking are not best suited to being listed on the stock exchange.

Can the current management of TWE turn the company around and satisfy shareholders? Despite statements about not selling the American section, will it have to offload some brands to ensure a few core brands prosper?

What happens will happen, but a journalist asked my comment on: would it be a bad thing if Penfolds went into overseas hands? My answer to that is: no, it would not be bad, so long as those hands looked after the brand with the respect it deserves.

There was enough jingoistic rubbish about keeping the brand in Australian hands when Foster's was considering buying Southcorp. Let it not happen again.

Penfolds is and will always be considered Australian, no matter who owns it.