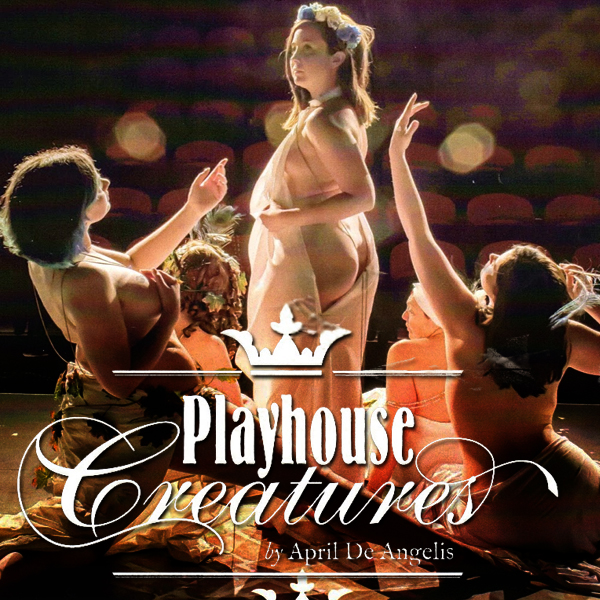 It’s been fifty years since the ban on married women working in the Australian Public Service was lifted; a fact that today’s young female bureaucrats would no doubt find inconceivable. However, such progress requires people to fight for it, and even when change comes it’s often hard going for the pioneers while society catches up.

And so it was in the 17th Century, when theatres in England opened their doors to actresses for the first time. While a step up for women at the time, this new freedom endowed upon them by no means made them equals to their male counterparts who had until then been impersonating them on the stage. Playhouse Creatures tells the story of five of these avant-garde heroines, as they struggle to gain a foothold in a male-dominated domain.

Through Mrs Betterton (Karen Vickery), the battle-scarred veteran at the end of her career; Mrs Betterton’s protégé Nell Gwynn (Amy Dunham); the young and cocky Mrs Farley (Jenna Roberts); the talented but jaded Mrs Marshall (Emma Wood); and theatre’s dogsbody Doll Common (Liz Bradley), one is given an insight into the immense challenges women endured both on and off-stage.

What is most inviting about Playhouse Creatures is the cosy and hospitable ambience created by set designer Christiane Nowak, lighting designer Kelly McGannon and solo cellist (and director) Jordan Best. The rustic warmth and rich sounds gently welcome and make one feel right at home, drawing one in to the characters’ stories.

The stories themselves, both the personal narratives and the ones the actresses embody in the otherworldly glow of the footlights, are fascinating and delivered with an abundance of witty, bawdy humour that thoroughly delights. Historical context is also woven throughout, giving deeper meaning and significance to the political undertones of this play as a whole.

One could not fault the performances of Vickery, Dunham, Roberts, Wood and Bradley, with each one of them utterly captivating in this superbly casted production. In fact, together they achieved the rarity that is the holy grail of theatre – they made it believable, which is really ironic considering they are playing struggling actresses.

After taking the time to absorb the message around women’s empowerment (or lack thereof) contained within Playhouse Creatures, it makes it all the more inspiring to acknowledge how wholly female it is – a story written by a woman about women, directed by a woman and with an all-women cast, something that upon reflection is not all that common even in 2016.

Playhouse Creatures is an intelligent, shining light of a production overflowing with heart and soul. It’s a wonderful homage to but a handful of the strong, brave women that came before us, who fought the battles that paved the way for current generations.