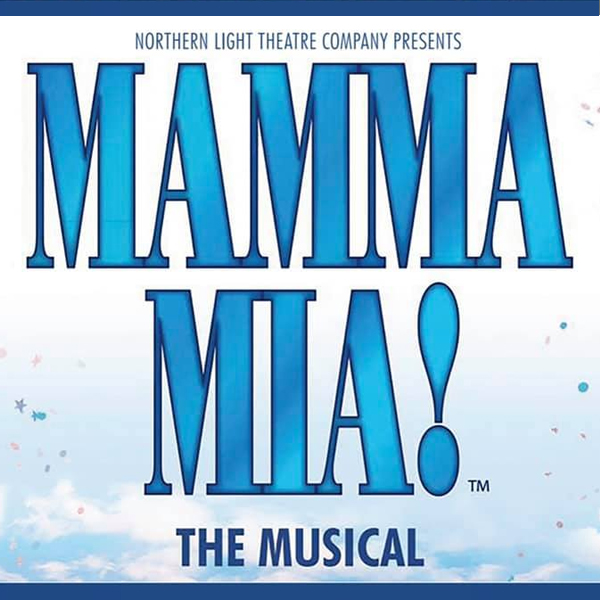 Hankering already for a winter holiday? How about an island in the Cyclades? Santorini blue domes squat on white walls high above the rocky coves of azure swims. Feel the sun’s warmth as you ouzo away the afternoon by the pool. But what? Looks like a wedding happening at the boutique resort high up on the hill run by that feisty Englishwoman and her gorgeous daughter. Could it be that Pommie mob in that matrimonial musical on a Greek island written by Swedes with the Italian title?

You’ve been in Covid isolation all your life if you haven’t seen the movie or sang along with the melodious score that musical theatre was made for. Theatre producer Judy Craymer had great trouble convincing the two male Bs of ABBA, Benny Anderson and Björn Ulvaeus, to combine their catchy pop-disco canon with Catherine Johnson’s nuptial narrative. And the result is the 1999 musical, the 2008 film, and finally, this latest incarnation in Elizabeth.

Northern Light Theatre has a great hit on their hands! Gordon Combes’ and Russell Ford’s set captures the Greek idyll. Chris Golding bathes it in bright Mediterranean sun and switches on the party lights at night, and along with Ann Humphries’s costumes, the kaleidoscope of colour is psychedelic.

The wedding guests and resort crew are choreographed with precision, fun and hard work by Shenayde Wilkinson-Sarti. Peter Johns’ orchestra doesn’t miss a disco beat as they pump out the hits. Director Ceri Hutton has had a lingering year to fret as the production was closed down about 12 months ago due to Covid (and only two days before opening) and she has had to recast a bunch of roles. Her mantra of colour and movement and excitement is eye candy!

Hutton’s excellent casting seems to channel the film and there’s nothing wrong with that. New York-trained Alana Shepherdson is a spunky and lively bride-to-be exuding enthusiasm. Her dancing is crisp and shows the way. One fetching thing about Mama Mia! is the love story of two generations. Robyn Brookes is masterful in conveying Donna’s wild past in her performance. Her The Winner Takes It All brings the house down, no kidding. Bravo! However it isn’t a good time for crew to rearrange furniture. The three potential fathers played by Gavin Cianci, Gus Smith and Ben Kempster are wonderfully distinguishable and affable. Each could charm the pants off a snake. Donna’s pals played by Paula Cooney and Michelle Davy have delectable comedic songs, and Davy’s Take A Chance On Me is a lesson in physical comedy while singing. Bravo! Mike Lapot’s soft shoe in snorkelling fins is a remarkable feat.

The only complaint is sound levels. The more softly voiced singers are sometimes AWOL. But all is forgiven after the three encore numbers, accompanied by riotous applause. Bravo!

You don’t even need to get on a plane for this exotic holiday wedding in the sun! Get along to enjoy the romantic tensions and some of the best pop songs ever written in the world’s greatest romantic comedy musical. What are you waiting for?