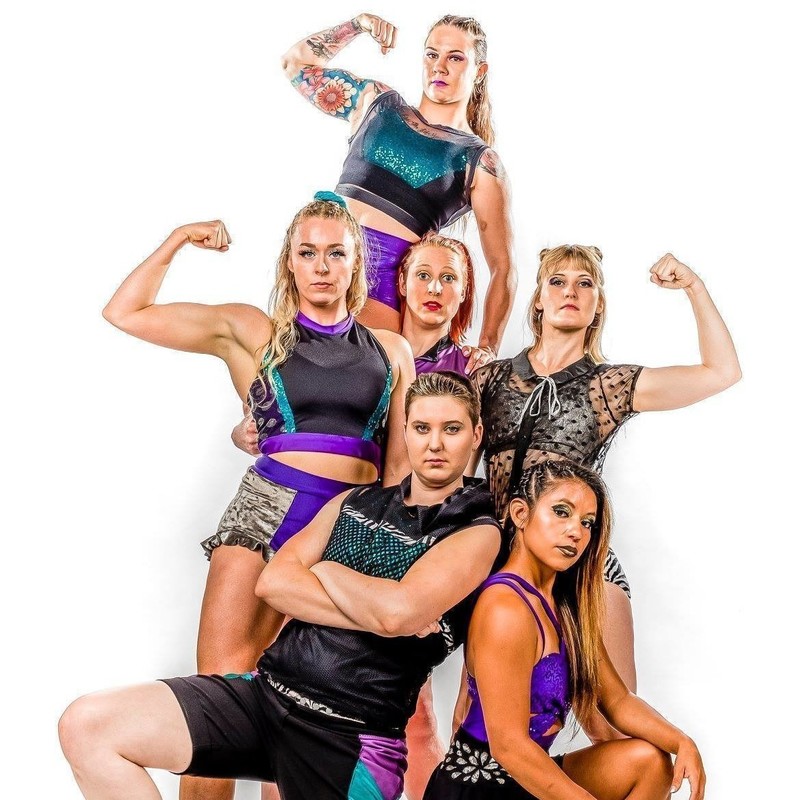 The all-female Boss Squad (four out of an advertised six?) sports members from Wildhouse Circus and Point & Flex Circus. This offshoot has been flexing its literal muscle at the Fringe for a few years, and in this female-run venue at Gluttony, the vibe of the sisterhood radiates proudly from the open air stage.

These women start off unabashedly proclaiming their pride at their physical muscularity and one agrees they look damn fine. They put those muscles to work in spectacular fashion; lifting, heaving, bouncing and hurling themselves through the air.

Many of the moves you expect to see, you do see. On the gymnastic seesaw they bounce towards, on top of and over each other, swapping positions with consummate ease. Bedded by a soundtrack of great songs (including Lorde’s Team and Little Mix’s fantastic Shout Out to My Ex), the women take on each other literally, balancing each other on shoulders, hips and heads.

These unabashed feminists don’t leave the delicate stuff alone; some calisthenic workouts show that grace and poise go along with the exhibition of bodily robustness and the juggling (with odd drop) is always a crowd pleaser. And the fantastic performance of the ubiquitous hula hoops, that quite female of objects, was contrasted brilliantly by the stapling (literally!) of labels on their bodies; there nothing quite the sight of blood dribbling down an arm as the label is removed to make a chilling point.

In such a small area, the German wheel (rhönrad) wasn’t the most successful piece of equipment; it barely got rolling before it hit the edges of the stage and was difficult to control once it was turned off its axis. The skipping rope however, despite the small space, delighted and impressed the crowd; double ropes, single ropes, skipping ropes inside ropes, just wow.

There were drops and mis-timings a bit too often to consider this a professional production; one assumes that rehearsal time is at a minimum for the troupe, but they just got on with it, either repeating the move or passing it by, and the whooping and hollering crowd forgave them readily.

The girls were lined up outside for the photo op, and who can blame them. Empowering role models; bring them on, and when they’re this entertaining, bring them on again!

Where: The Lark, Gluttony