Something In The Water 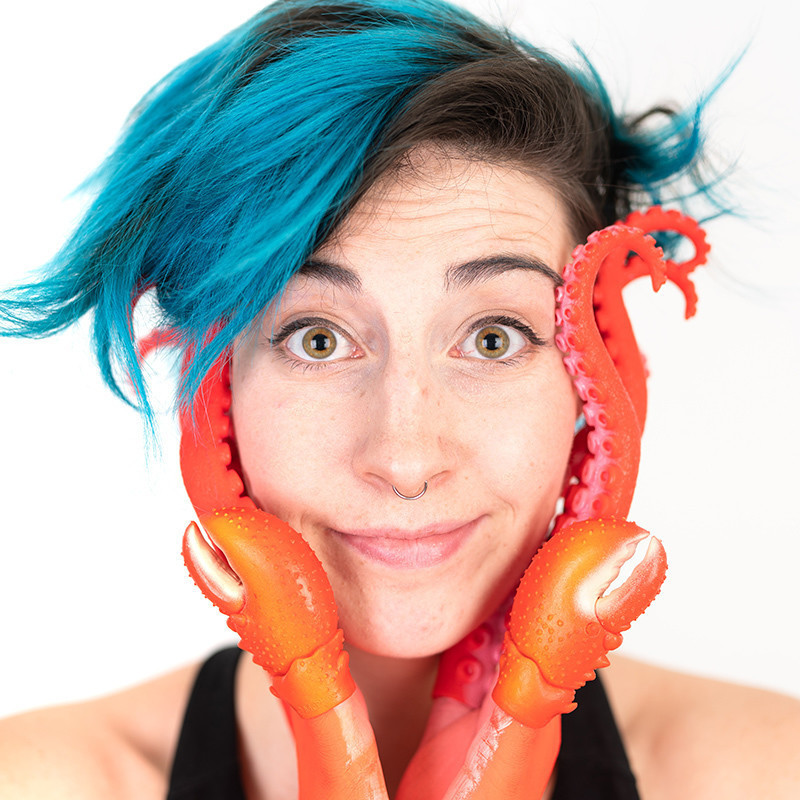 David Attenborough(esque) voiceover? This must be serious. And anthropological.

As it turns out, Something in the Water is neither, while almost subliminally being both.

SE Grummett (Grumms) is a Canadian trans artist who takes us on their journey of discovery; through what is ‘normal’ and not normal as identified by the audience.

Using the ubiquitous Ken and Barbie Dolls, paper, a fish tank and overhead projector, Grumms introduces us to gender observed their way. Barbie shaves her legs, but she is fully making independent choices! Ken is very masculine, sporting his sixpack and ensuring that ‘feelings’ are butted away asap. These two (who meet on Tinder – normal!) and their relationship are set up beautifully by Grimms, who sets about to simply but humorously set up then break down the binary gendered ‘norm’.

Grumms announces them self to be a girl at the beginning of the show, but we are soon made aware, as they explore the gender rigidity of Barbie and Ken (normal!), that the binary ‘normal’ is just not working for them. Enter Squiddie. Squiddie dances beautifully in the water to surf music and in a night of strange dreams and alchemy, Suiddie and Grumms become one, or are they two? Has Grumms become Squiddie or has Squiddie become Grumms? Or are they two in the same body?

Grumms pulls out a number of devices including horror/monster films to illustrate her story; the squid is but one of them. The audience, seated at appropriately spaced cabaret style tables, become villagers, supplied with metal pitchforks (no plastic for SA!) and are encouraged to consider, who is the monster? Is there actually a monster?

The overhead projection device works brilliantly to create both set and story, and adds to the childlike simplicity with which this narrative is told. That it is presented at such a level is the secret to its success. There is much laughter throughout this production. Grumms pokes gentle fun at societal norms and exposes some of the absurdities that really are as risible as they claim.

An intelligently comedic production, Grumms has managed to take their own experience of identifying their non-binary self, and explained that journey in a way that in the end makes it seem, well, ‘normal’.