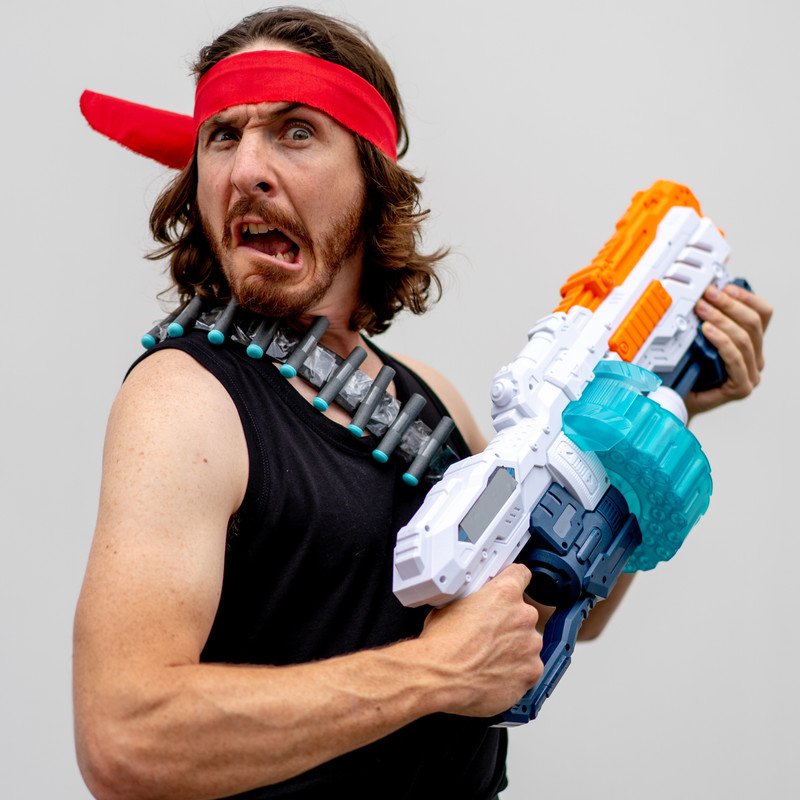 Man-bo rams it up the old solo warrior for all its worth. Fans of the action hero genre will be wowed by how Samuel Dugmore, in his self-devised mission behind enemy lines - directed by Jessica Clough-MacRae (Shakespeare’s Globe, Bristol Old Vic) - takes the machismo to ludicrous hilarity. I can’t remember laughing so hard for so long from beginning to end.

Dugmore digs deep into his kit bag of an actor’s weaponry – on-the-run sound effects, dance-style moves to die for, pantomime, ventriloquism, vocal virtuosity, physical comedy, puppetry, and farcical facial distortions. The employment of each new talent comes as constant surprises, but of course, he trained at the Jacques Lecoq International Theatre School in Paris where Geoffrey Rush honed his skills some years earlier. Audience engagement starts with a few lessons in killing and dying, as these skills are needed later in a silly interactive battle with lethal swim noodles and soft plastic balls. Dugmore careens from combat to camp with barrel-chested, Russian-thumping bravado, softened with a wee bit of what’s it all about (did I detect some PTSD going on there?). He has a dog Fluffy.

PS – No audience members were killed in the making of this show, unless they died laughing.

Where: The Mill – The Breakout