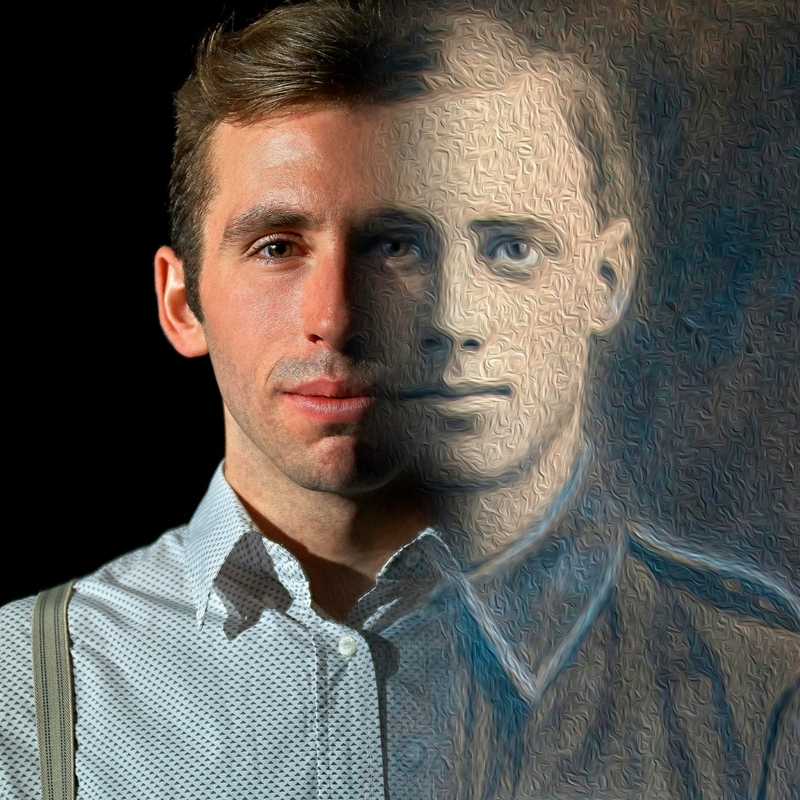 Playwright and performer Mark Salvestro lived with a portrait of his great great uncle in military uniform on the wall of his parent’s house, and nobody really knew much about him. His extraordinary research - movingly documented on his website - takes us on the journey of George Edward Bradford, from adolescent athletics in the Central West New South Wales town of Forbes to the tragedy of Gallipoli.

It's obvious the love and reverence that Salvestro puts into his story. And poignant that he is about the same early 20s age as Bradford was when he was shot with thousands of other dead and wounded in the failed battles of August 1915 that effectively ended the campaign on the peninsula. They even look much alike - you cannot but secretly weep at the thought of such sensitivity, vigour and beauty wasted by bullets.

Salvestro sweetly counterpoints himself with Bradford most effectively in short alternating scenes comparing his alienation in a nightclub with Bradford courting his future wife in the calmer circumstances of a century ago. In exchanges of letters, Bradford finds out that his child dies in infancy. Evacuated from the beach, we learn in a most pitiful narrative deftly delivered by Salvestro that Bradford succumbed to his wounds and was buried at sea.

Director Phoebe Anne Taylor and Salvestro keep interest alive through the use of copious props, the switching between Salvestro and Bradford, and having Salvestro singing period ditties to his own accompaniment on the keyboard, and later to an uncredited pianist, who also underscored key narration.

A few details need to be attended to. Salvestro as Edwards wore his slouch hat backwards, and he says that he participated in a Camp Gallipoli event, probably the 2015 Anzac Centenary sleep-out. As a footnote, Camp Gallipoli - after taking millions of dollars in grants from government and business - was stripped of its charity status by the regulator, the Australian Charities and Not-for-profit Commission, as it was unable to demonstrate that it was indeed a not-for-profit organisation.

There's not much of an epilogue - there is no eulogy, and all the characters disappear including Salvestro who quickly evacuates the stage.

This is a warm and moving production straight from the heart and delivered with skill that resurrects one of our heroes and brings the past to the present with thoughtful reflection.