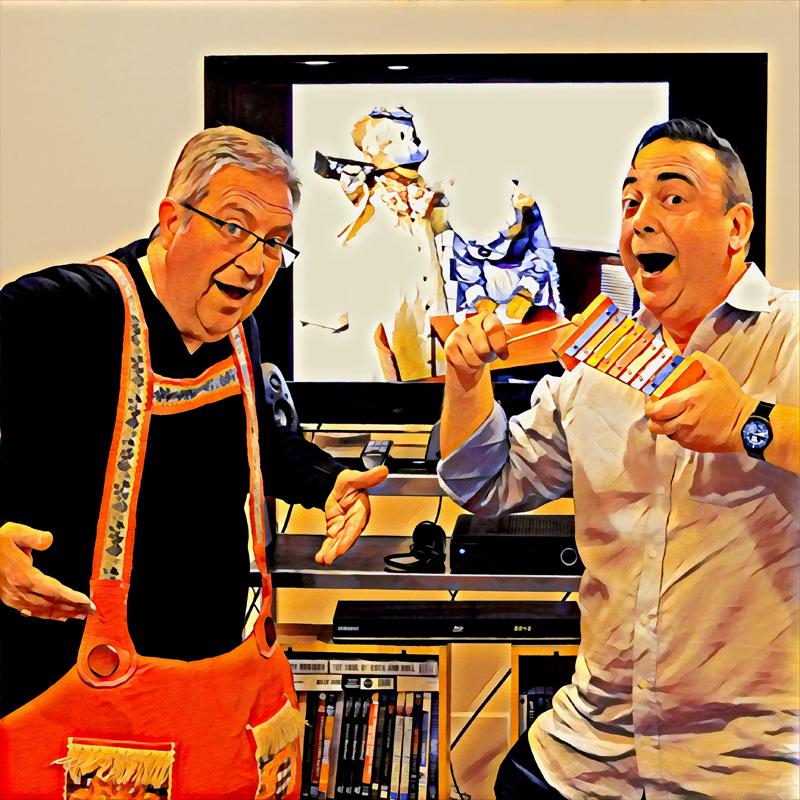 Chalk and cheese doesn’t begin to describe them.

Steve Davis is a thorough man. He believes in research and preparation.

For a performance partner, he has thrown his lot in with one of the all-time spontaneity kings in town: Ralf Hadzic, a man known to many as Adelaide’s chauffeur to the stars.

They summon fate as an explanation for getting together to put on a show; a sense they had that one day their paths would have to cross.

Those paths finally crossed on the radio when Ralf joined the radio station at which Steve was morning show host and news editor. That was the early 90s.

They found they had both studied radio presentation and media with the great Vaughan Harvey.

The only difference was what they did with the training. Steve went into spoken word and Ralf fell silent within the Fat Cat suit.

There is just nothing ordinary about it - or them.

They offer up a taste of their characters and the way in which the spark of their collaboration was struck in one of Steve’s renowned Adelaide Show podcasts: check it out here.

Their show, 2 Cats On A Hot Fringe Roof, is described as a 60-minute comedy cabaret.

Steve will do stand-up about kid’s television and how we communicate in the “childish” era of social media, while Ralf will be sharing the jewels of his collection of exclusive blooper reels of old Fat Cat footage featuring Jane Reilly, Patsy Biscoe, et al. Archival outtakes and gotcha moments plus Hadzig gags and anecdotes, come on down.

It’s certainly promising to be wild and different and risky and, to add to the suspense, they have a barrage of celebrity friends they’re inviting along to see the show for which they have finessed Glynn Nicholas as director.

Not only but also, they are doing the outrageously unexpected; spoiler alert here!  They are not going to sit around waiting for critics to review their show. They are going to review their audiences.  New reviews every night to be posted on The Adelaide Show podcast reviews page here.

“I’ve been performing for years and one thing that you never get used to is that anxiety about whether or not the reviewer understood and liked your show,” says Hadzic of his life in the Fat Cat suit.

“Steve has been writing theatre reviews for 20 years so we thought, why not put those skills to work for our show,” he adds.

“Live theatre is a communal experience,” he says. “If you just turn up and sit in your seat passively, you have stacked the odds against you enjoying the show, while you also rob fellow audience members and performers of the energy you could have added through engagement.

“We’re not expecting audience members to get up on stage or carry our show, but by writing an honest review of each night’s audience, we are honouring the importance of their role in adding the magical spark that makes live comedy worth going out to see,” says Steve.

Where: The Historian Hotel