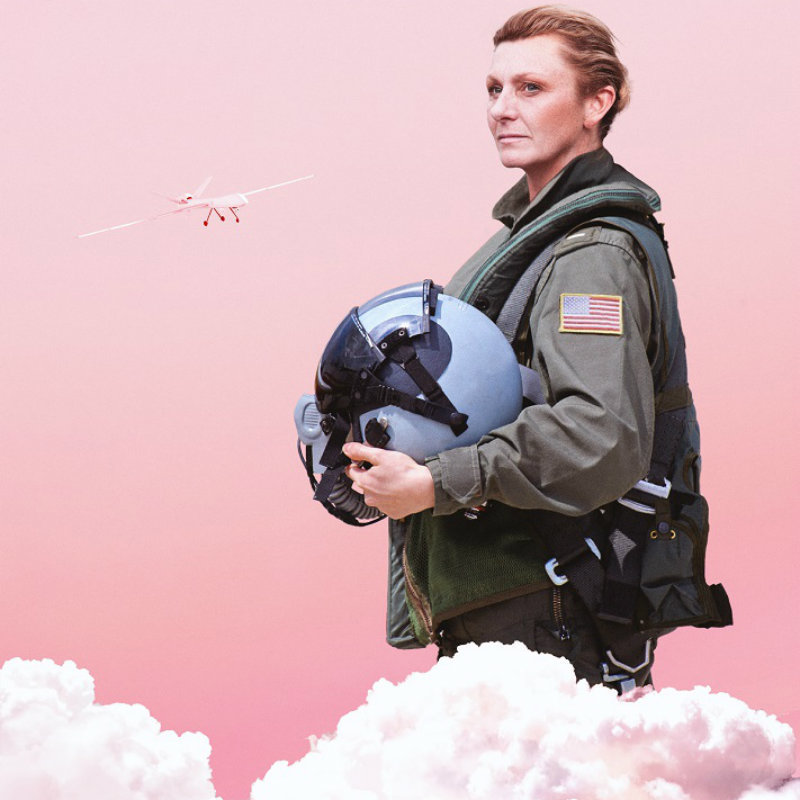 While all weapons present moral challenges there are two kinds that stand out because the assailant is absent from the battlefield – nuclear missiles and drones. And I mean 12,000 kilometers away absent; there is no risk to the operator in this asymmetrical warfare. What if that operator is a mother and a pilot at the controls of a bomb-laden drone shortly after dropping the kids off at school? Have a nice day at the office, dear? Who are they killing anyway, and why? Do innocents die? And what does that do to you?

Adelaide theatre impresario, Martha Lott scours the Edinburgh Festival every year to bring to her Holden Street Theatres the very best for the Adelaide Fringe. Lott even offers a scholarship to a deserving company to make the journey; and the awards for her efforts are many. Last year, two different Holden Street shows won the Adelaide Critics’ Circle Award and the Fringe’s BankSA Best Theatre Award for the whole Fringe, and Holden Street shows garnered one or two weekly awards every week as well.

Besides producer and theatre manager, Lott is also a British-trained actor. She has kept this Grounded gem for herself and will be flying solo in this 70 minute monologue. Lott discovered American, George Brant’s Grounded at its world premiere at the Edinburgh Festival in 2013. Years later, she decided to team up with British director Poppy Rowley for an acting vehicle and Rowley proffered Grounded. I asked Martha what attracted her to this work and she gave me a list: “The challenge to the actor; the way we are fighting war; the control and the God complex that America has throughout this war; the fact that as women, we give life, but as fighters, we take it away. That lives are dispensable, contrasting the psychology of the character and the war, and it’s frightening how much we are being watched.” “You can do the personality strikes if you are Top Shit.” Martha points out that the predictions made in this 2013 show have sadly come true, for added poignancy.

Winner of the National New Play Network’s 2012 Smith Prize for plays focused on American politics, Grounded was described as “Top Notch – a chilling portrait of future war…” by New York Magazine. (Sadly, it was already happening in 2012.) The play was named a Top 10 London Play of 2013 by the London Evening Standard. The Guardian described Grounded as “A searing piece of writing” while The New York Times labeled the play “Gripping.”

Personally, I find this a compelling combination – Martha Lott the producer returning to her love of acting, her European director and an American play on a hot topic that has been widely performed in twelve languages. A must-see of the 2019 Adelaide Fringe.